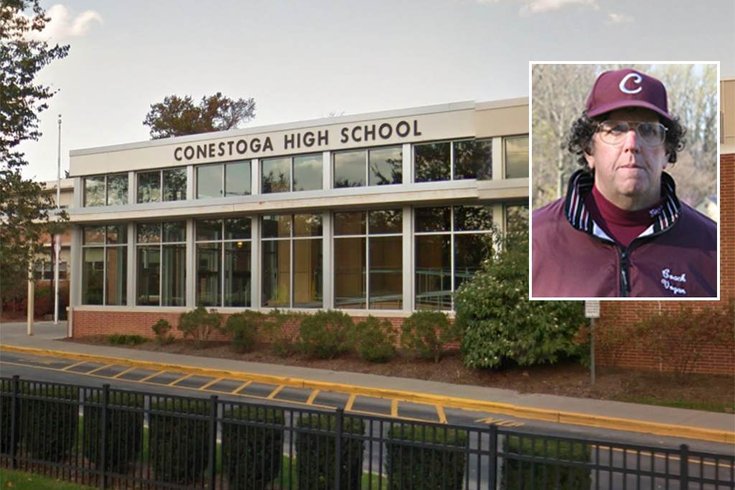 Before his resignation, John Vogan was head coach of the football and baseball teams at Conestoga High School in Berwyn, Chester County.

The teenage victim of the Conestoga High School football hazing scandal is claiming the Tredyffrin/Easttown School District failed to protect him from repeated hazing and sexual abuse during his freshman season.

The teen alleges former head coach John Vogan and his five assistant coaches failed to properly supervise the team locker room and report at least two hazing incidents witnessed by coaches, according to the lawsuit.

Their lack of supervision enabled a "well known" culture of "sexual hazing, bullying, hatred and abuse" that led to repeated victimization of the player, the suit claims.

The lawsuit was filed in November by the boy's father in the U.S. District Court for the Eastern District of Pennsylvania. It lists the Chester County school district and the team's former head coach and staff as defendants. No players were named in the suit, however.

The hazing scandal resulted in criminal charges against three former players who allegedly penetrated the teen's rectum with a broomstick after he refused to help other underclassmen clean the locker room in their underwear in October 2015. They initially faced charges of assault and related charges, but ultimately only admitted to a summary harassment offense.

The lawsuit seeks undisclosed compensatory and punitive damages from the district and coaching staff, alleging they failed to provide a safe environment in which students were protected from sexual abuse, sexual harassment, discrimination and violence.

The lawsuit alleges "No Gay Thursday," a weekly hazing ritual in which actions otherwise deemed as "gay" were permissible, persisted for several years. Players allegedly openly discussed the event in front of at least three assistant coaches.

The suit claims the victim, who was then a 15-year-old freshman, was targeted as soon as he joined the varsity football team in 2015.

It claims he was subjected to regular abuse, including older players placing their testicles on his head and rubbing them against his body. They also allegedly forced the teen to clean the locker room in his underwear, placed him in headlocks and pinned him to the floor while they struck him with a belt.

In addition to recounting the criminal incident, the lawsuit details two other alleged hazing incidents. The first occurred in early September, not long after Vogan allegedly told the team that hazing would not be tolerated.

A group of three older players allegedly demanded the victim put compression shorts onto a half-naked teammate, whose genitals were exposed. When the teen refused, his teammates allegedly pinned him to the floor with his legs spread open and dragged him across the floor in his underwear.

The lawsuit claims that assistant coach Gordon Davis walked in on the incident, but only ordered the players to get to practice. Davis allegedly did not investigate the incident any further.

Later in September, assistant coach Gary Phillips allegedly observed an older teammate placing the teen in a headlock. But the suit claims he failed to reprimand the player or report the abuse.

During the criminal investigation, authorities found no evidence that the team's coaching staff was aware of the "No Gay Thursday" hazing ritual, Chester County District Attorney Thomas Hogan has previously said. But he acknowledged that the coaches, whose offices were down the hall, failed to supervise the locker room, giving the players free reign.

No coach was present during the incident involving the three charged players, who were all 17 at the time. At the victim's request, Hogan did not bring sexual assault charges.

But the lawsuit labels the incident, and others, as sexual abuse. As a result, the suit claims the teen suffers from depression and an adjustment disorder with anxiety and depressed mood.

U.S. District Judge Gerald A. McHugh signed a protective order to ensure confidential information is limited to the attorneys on January 4 — the day after Hogan announced the criminal case had concluded.

A joint statement by the district attorney and attorneys for the three former players walked back Hogan's previous claims, saying one of the charged juveniles only "briefly poked the victim with a broomstick in the leg."

The statement said the victim "did not suffer any physical injury," but only reported the incident to his father after he was charged with a separate juvenile offense several months later. It said the victim, the three former football players and Hogan were "in full agreement with this disposition."

Vogan, who coached Conestoga football for 15 years, resigned about two weeks after criminal charges were filed against the players. The entire varsity and junior varsity coaching staffs were subsequently relieved of any coaching responsibilities through the fall 2016 season.