In North Wildwood, Establishment at 100 to be replaced by Philly bar Curran's, report says

Irish pub in Tacony could soon have Jersey Shore location 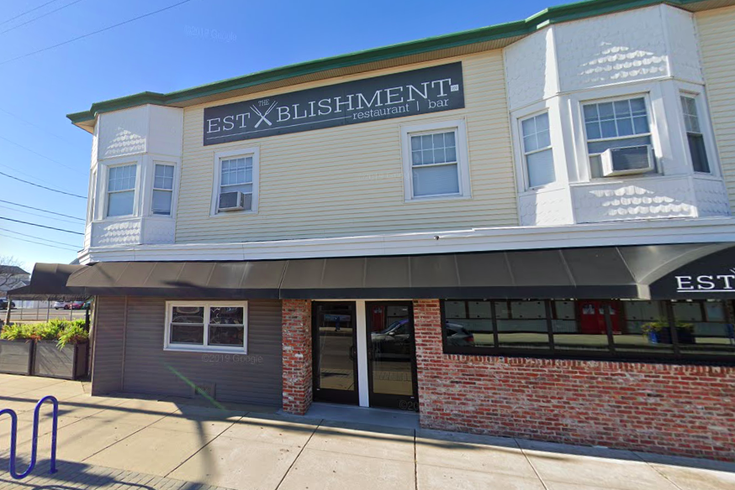 Establishment at 100, located in North Wildwood, New Jersey, closed its doors for good in Nov. 2020. Curran's, a bar with locations in Philadelphia and Bensalem, could be in line to take over the space.

North Wildwood bar Establishment at 100 closed its doors for good last weekend after eight years in business, giving rise to a report that the location will be replaced by Curran's, a popular spot with locations in Tacony and Bensalem.

The owners of Establishment at 100 announced late last month that the restaurant had been sold, though they did not indicate who bought the property.

In a follow-up Facebook post, Establishment at 100 thanked customers who have visited the bar over the years.

Thank you to all of our loyal customers that we’ve had over the past 8 years. Without you the restaurant wouldn’t have...

"You gave us a chance to bring something new to the area and welcomed us with open arms," the Facebook post said. "It’s nice to know that we’ve helped to create many fond memories for you at The Establishment over the years."

On Tuesday, the Wild over the Wildwoods blog reported that the license to the property had been transferred to "Curran's North Wildwood," listing the same owner as the bars in Pennsylvania.

Curran's, an Irish pub, is known for casual fare and live entertainment, with space for private parties.

The restaurant isn't active on Facebook and hasn't posted anything about the potential third location in North Wildwood, but it appears the Philadelphia spot could be headed to the Jersey Shore.