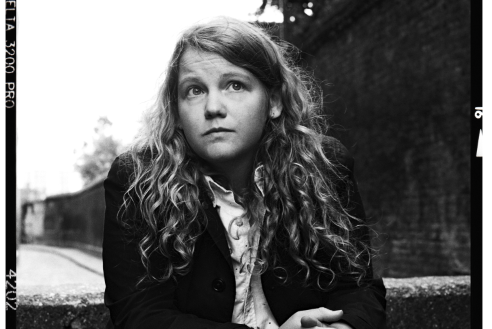 Every Monday, noted song expert K. Ross Hoffman presents five fresh specimens for your consideration. This week we are (mostly) listening to the lyrics.

In the conceptual context of this London rapper’s astounding new album, this song represents the wee-hours inner monolog of one of seven sleepless characters on the same block. (The album version — which you can hear on Spotify — includes an evocative scene-setting preamble). But no context is necessary for her verses to take full, devastating effect: a caustic, breathless screed against the rampant and infuriating ravages of life in the times of the “BoredOfItAll generation” — America every bit as implicated as her home country — propelled by producer Dan Carey’s fittingly bleak, industrial greyscale funk. It’s scathing, galvanizing stuff.

Tempest’s incredibly named fellow Londoner Lookman Adekunle Salami has plenty to say as well, much of it just as withering, though here it takes the more readily palatable form of ambling, fingerpicked folk — he calls it “post-modern blues” — with a touch of Dylan-nodding harmonica. You can tag along on his diaristic, conversational ramble through a working week where war, poverty and mental illness are just part of the daily scenery — punctuated by loving asides to an absent and unspecified “you” (Salami says he is “speaking to time [itself],” though I’m not sure I totally buy that.) Or you can just get lost in the earthy textures and thrills of his resonant, unvarnished singing voice.

This year marks a quarter-century since these Scottish power-pop perennials’ still-magnificent breakout album, “Bandwagonesque,” but they’re hardly the sort given to self-congratulatory hoopla. So — thankfully — rather than offer up some splashy commemorative reissue, they’re simply keeping on with the program set in motion all those years ago: turning out timeless, effortlessly pretty jangle-pop gems like this lush, chiming opener from “Here,” their first album in six years and most luxuriantly relaxed outing to date. Like so many of their finest moments, it’s a reverent, understated paean to the transcendent power of love — even in the face of the kind of suffering so vividly catalogued by their aforementioned countrymen (as the second verse frankly acknowledges: “There is pain in this world”) — that subtly doubles as self-evident synecdoche for the balm that is pop music. As a bonus, how’s this for an inventive endearment: “I like your trajectory.”

This Chicagoan’s early output tended toward tart, often snarky humor, but he’s been embracing sincerity in his middle age and it’s an excellent look. This doozy, from his very fine 2016 album “Upland Stories,” will sneak up on you: It starts as a wistful, rose-tinted tale of teenage lust, but then takes some unexpected twists that — no spoilers — still put a lump in my throat after many listens. It would be almost unbearably sentimental if it wasn’t for Fulks’ deft lyrical craftsmanship and understated delivery; as it is, it’s a testament to the power of concise, finely-honed songwriting.

Robbie Fulks plays the World Cafe Live in Wilmington this Wednesday, Oct. 19. He is a truly phenomenal live performer.

These NYC weirdos blast off in a dozen directions at once on their just-released debut LP, “Before the Fleeting Gales”: classically churning power pop, gleaming, pyrotechnic prog-metal, fragmented funk, soft and dreamy indie-pop — with ample energetic echoes of their mostly forsaken origins as a chiptune act. It all comes together on this especially dense, hyper-charged highlight, which also tosses some loopy, lackadaisical rap cadences into the mix — made all the more surreal by frontwoman Elaiza Santos and guest Laetitia Tamko’s incongruously gentle, low-mixed voices — adding up to a deeply idiosyncratic expression of unbridled, life-affirming joy.

Crying plays the First Unitarian Church on both Friday and Saturday, kicking off a stacked posi-power-punk triple-bill also featuring Joyce Manor and The Hotelier.