'We really outdid ourselves this year, and we’re just getting started' 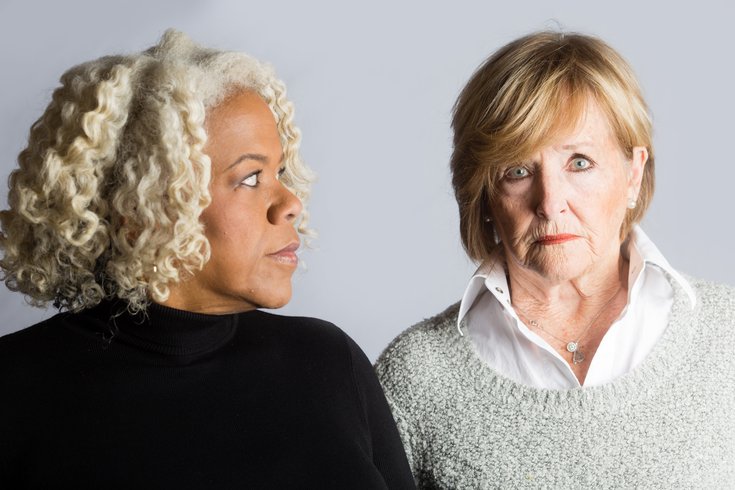 There is much to unpack when it comes to O18, Opera Philadelphia’s second iteration of its binge-listening festival of shows running today through Sept. 30. There is a drag mash up of opera and pop between opera sensation Stephanie Blythe and Philly’s Martha Graham Cracker (“Queens of the Night”) at Theatre of Living Arts. The TLA is also hosting soprano Patricia Racette in “Ne Quittez Pas: A Reimagined La voix humaine” – a classic wronged woman opera turned on its head.

Speaking of turning, countertenor Anthony Roth Costanzo and his two orchestras will stand still while the audience moves and revolves around them (you have to see it for yourself) when the world premiere of “Glass Handel,” happens at the Barnes Museum.

“We really outdid ourselves this year, and we’re just getting started,” said Opera Philadelphia’s capo David B. Devan of curating these, and so much more of O18 (full times, prices and locations can be found here.)

Yet no one would argue that its first presentation – the free and lustrous “Sky on Swings” features 018’s most legendary cast members, Frederica von Stade and Marietta Simpson, entering the fantastically imagined realities of Alzheimer’s with sadness, elation and pragmatism – is its most poignant and dynamic.

Along with sharing her roots in the region (“I grew up near South Jersey, spent time in Philadelphia and long had relatives here”) von Stade, a citizen of the world, discussed her accomplishments, her outlook on singing, and some very real words on the disease of which she’s vocalizing for “Sky on Swings.”

Bring up her famed quote: “I didn’t truly figure out how to sing until I was 55,” and she amends that date.

“I have extended that to 80 years old,” said von Stade.

“I’m still working it out, and am hoping that I work it all out before I leave the planet.”

What is left to discover about the mezzo soprano’s voice in latter-day work such as “Sky on Swings,” is more about technical elements that she believes she never truly mastered.

“I got around them. I do now. The voice isn’t what it was it once was. That’s a fact for anyone who ages,” said the 72-year-old.

“It’s still fun to try, and I’m delighted to be asked. It’s like being invited out onto the dance floor at a party.”

von Stade did go into a brief semi-retirement two decades ago, but yearned for the stage, and made genuine breakthroughs with a California vocal coach to stretch her range and its flexibility.

“I got a couple more years out of it. I love the new, young composers and singers, and seeing where new opera is at," she said.

Alzheimer’s is interesting to me, as I am at that age, and every time I forget something, I panic."

She follows that line of thought by stating that Opera Philadelphia is very much at the front and center of where new music is going. Yes, the music of nu-opera is freer and less structural, with lyrics unafraid to tell conversational stories about increasingly bracing subject matter.

“But where opera is going, as a whole, is truly reflected right here with Opera Philadelphia,” said von Stade.

“It’s very much David Devan, and how he is using the city as his palate, what with presenting opera at the Barnes and smaller theaters. It is the new music he is choosing and the classics he is twisting, and the young composers, and that we’re celebrating the American language – not English, but rather American – with so many new works. This is all so hypnotic. We’re dealing with subjects that add to a general enlightenment, inclusive to who and what were today, such as singing about Alzheimer’s.”

This world premiere with music by Lembit Beecher and a libretto by Hannah Moscovitch, is highlighted first, for von Stade, by the production’s choice of its co-lead.

“Marietta’s voice blows me away,” said the singer.

“And Alzheimer’s is interesting to me, as I am at that age, and every time I forget something, I panic. I have family members hit by it, and others worrying. ‘Sky on Swings,’ is very much today.”

Yes, she agrees that art can be frightening and that a disease, as a topic of an opera, is unconventional. That’s the point of “Sky on Swings,” and Opera Philadelphia. Besides, she insists that this new work is not a downer documentary, but a rich and supple opera that seeks to show that there is “light, life and joy to still be found within this disease.”