Excess fat can exacerbate the respiratory damage caused by the coronavirus, experts say 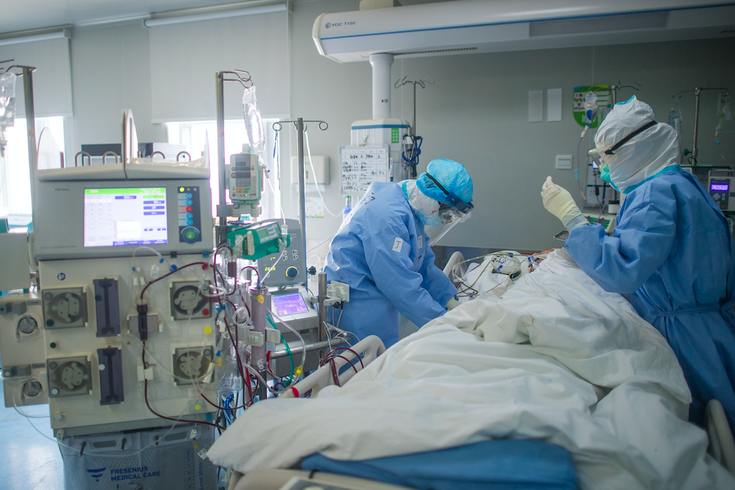 Obesity has become a strong predictor of severe COVID-19 cases among young and middle-aged American adults, research shows. But the same risk has not seen among seniors.

Obesity appears to significantly increase the likelihood that younger and middle-aged adults will develop severe coronavirus complications, according to data from New York hospitals.

About 40% of all American adults are considered obese – defined as having a body mass index of 30 or higher. Obesity's link to chronic disease has been well-documented, but new research suggests it also makes people more vulnerable to COVID-19.

One study found patients 60 years old or younger, who have a BMI between 30 and 34, had double the risk of being hospitalized for acute care due to COVID-19. They were almost twice as likely to end up in the intensive care unit. And the risk was even higher among those with a BMI of 35 or higher.

But patients aged 65 and older did not appear to have an increased risk of hospitalization because of their BMI.

The study, conducted by researchers at New York University and NYU Langone Health, involved 3,615 patients, including 1,331 who were admitted to the hospital in acute care and 431 who needed treatment in the intensive care unit.

Among younger and middle-aged patients, "obesity appears to be a previously unrecognized risk factor for hospital admission and need for critical care," the researchers wrote.

Another report, published to the website MedRxiv by another group of NYU Langone Health doctors, had similar findings.

According to their data, obesity was a strong predictor of hospitalization for people presenting COVID-19 symptoms at the emergency department. Advanced age and heart failure were also strong predictors.

This study, which hasn't yet been published in a medical journal, included 4,103 patients.

Extra fat around the body's middle can reduce lung volume, making it more difficult to breathe, William Dietz, an obesity researcher at George Washington University told the Los Angeles Times. He was not involved either of the two studies, but said their findings are reasonable.

Compound this with the fact that hospitalized patients spend a lot of time lying flat on their backs, and it becomes a recipe for further respiratory trouble. In many ICUs caring for COVID-19 patients, it has become a common practice to position mechanically-ventilated patients on their stomachs at different intervals during the day.

Dr. Leo Seoane, of Ochsner Health System in Louisiana and Southern Mississippi, told The New York Times that 60% of the system's hospitalized COVID-19 patients were obese. Their risk of needing a ventilator was nearly double that of other patients.

"We in the U.S. have not always identified obesity as a disease, and some people think it's a lifestyle choice. But its not," added Dr. Matthew Hutter, director of the Weight Center at Massachusetts General Hospital and president of the American Society for Metabolic and Bariatric Surgery. "It makes people sick, and we're realizing that now."