The coronavirus pandemic has increased mental health problems, including depression and anxiety 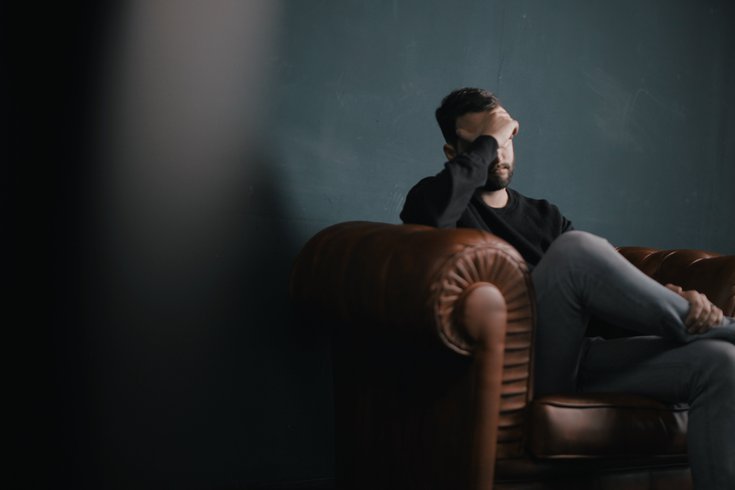 The secondary consequences of social distancing, including economic stress, social isolation, reduced access to mental health treatment, and an rise in firearm sales, could increase the risk of suicide, experts say.

Most Americans are confined inside their homes and having few, if any, community interactions as quarantine life becomes the norm across the United States.

While stay-at-home orders may be beneficial to flatten the curve of COVID-19 cases, mental health experts say the effects of the shutdown could lead to increases in anxiety, depression and suicide.

Psychologists Mark A. Reger and Ian. H. Stanley, both of the VA Puget Sound Health Care System, and Thomas E. Joiner, a psychology professor at Florida State University, outlined the mental health problems posed by the coronavirus pandemic in an article recently published by JAMA Psychiatry.

One early indication that suicides may spike: In March, the Disaster Distress Hotline for the Substance Abuse and Mental Health Services Administration saw a 891% increase in callers compared to the previous year, ABCNews reported. Additionally, the suicide rate has risen by 35% over the past two decades.

Though new COVID-19 cases may be cresting in some parts of the country,  people may have trouble finding the help they need during a mental health crisis — including those suffering with suicidal ideation, the paper's authors wrote. Overcrowded emergency rooms may hamper the quality of care someone would receive at a hospital. And canceled appointments due to a variety of factors, including a lack of child care, may prevent people from seeking treatment when they need it most.

Social isolation is commonly associated with suicidal behaviors, and feelings of loneliness may also increase suicidal ideation in some people. With in-person religious services mostly shut down, many people are facing a lack of religious community, which could further contribute to social isolation, the experts wrote.

Health care workers and unemployed individuals already have an increased risk for suicide. Unemployment contributes to an average of 45,000 suicides every year, according to a 2015 study. The same study found suicides rose by roughly 5,000 deaths per year in the aftermath of the 2008 financial crisis.

Men and women physicians are more likely to commit suicide than the general population by 79.8% and 42.5%, respectively, according to a separate study. Health care workers may suffer from moral injury, a condition that occurs when a provider is forced to make a decision that intervenes with a patient's care. The coronavirus pandemic has many doctors facing such decisions.

Still, mental health experts are not advocating for social distancing efforts to be called off.

Even though COVID-19 mitigation efforts require physical distance, they don't require social isolation, the experts wrote. They encouraged people to engage with their friends or family over a phone or video call. There are multiple ways to connect to loved ones, including virtual happy hours or gathering through Google Hangouts to watch Netflix.

People in need of mental health assistance can reach out to therapists using tele therapy services. Many offices are closed, but many therapists are still seeing patients through video platforms, including Zoom, Doxy and TheraLink.

For people who cannot spend an hour in therapy, Talkspace allows patients to text or video chat with a therapist. The pricing is steep for many people, at $260 per month, but they'll have access to a therapist five days a week.