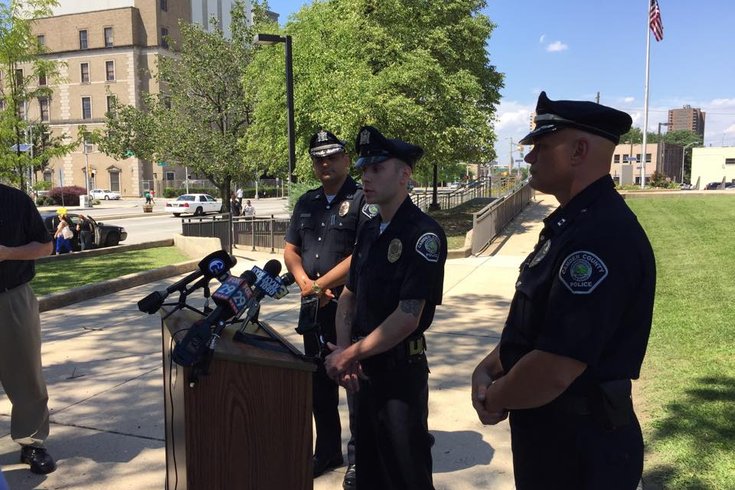 A Camden County Police officer's trip to New York City over the weekend turned into an unexpected off-duty rescue.

Dubiel said the man was shouting, screaming and cursing before he began to run in and out of traffic around 3:30 p.m. At that point, the officer said, a young woman walked onto the scene in headphones, oblivious to the man’s behavior.

According to Dubiel, the man allegedly grabbed the woman’s hair with one hand while choking her with the other. He then allegedly threw her to the ground as Dubiel ran toward them.

The off-duty officer, who was dressed in plain clothes, said he relied on his training in “verbal judo” to subdue the alleged attacker without the use of force.

The alleged attacker was identified as 38-year-old Kwabena Nantwi.  According to an account in the New York Post, he had been released from a mental institution earlier Sunday.

Dubiel was praised for his ability to avoid violence.

“He just did a tremendous job in reacting to a situation that could have been very bad for that young woman,” Police Capt. Richard Verticelli told the Courier-Post. “He’s there to help that person as well.”