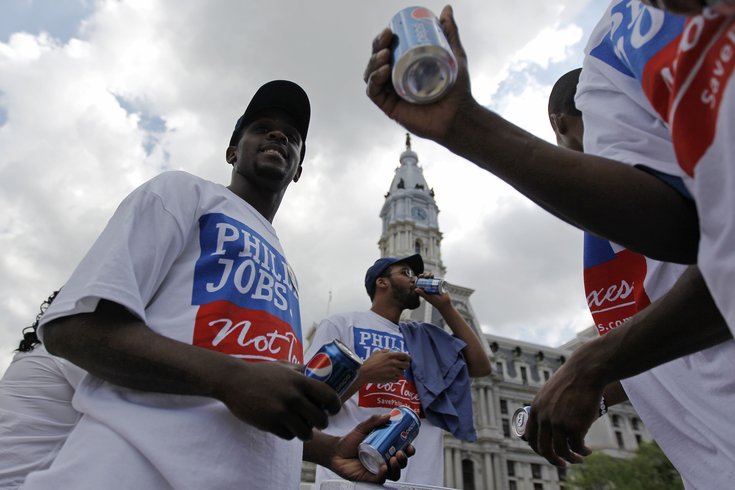 Word got out before Mayor Jim Kenney's budget address on Thursday that he plans to propose a 3-cents-per-ounce tax on soda.

He's pushing to use the money to help fund universal pre-K and support parks and recreation, but the soda lobby, which spent more than $238,000 fighting former Mayor Michael Nutter's soda tax proposal in Philadelphia in 2012, is sure to put up a fight against it.

Will 3 cents per ounce really make a difference in fighting obesity? Dave Kern, a doctoral candidate at Drexel University who focuses on studying how soda prices vary by neighborhood, says yes. His research has found that soda is almost dangerously cheap – on average, around 60 percent cheaper than milk.

"When you start really comparing it to alternatives, it's dirt cheap," Kern said. "A 2 liter of soda is typically $1. A half-gallon of generic milk ... is usually $2.50 to $3. That's two to three times the cost for making a healthy choice versus an unhealthy choice."

Of course, some of that cost difference has to do with the fact that soda is quite an economical product in the first place. It doesn't expire like milk, and "there's nothing much to it but corn syrup and water, and some dye."

"I suspect it has to do with marketing and advertising and really just promoting to those racial groups, but I can't say for sure" why soft drinks are cheaper in minority neighborhoods, Kern said.

Still, he finds the statistics troubling, because minorities and low-income people tend to already be at a higher risk for obesity and diabetes.

"These are populations that are at high risk for obesity, at high risk for diabetes," Kern said, "and they're being put in a situation where they're even higher risk because soda and other unhealthy foods are more economically available to them."

There hasn't been research yet on how a tax directly on soda bottlers affects the health of the local population. Mexico and Berkeley, California, both passed such taxes a few years ago, but it's still too soon to see the effect on rates of diabetes and obesity (although soda sales have already declined 6 percent in Mexico).

One study on soda sales taxes in the U.S. showed little effect on public health, because people just switched to other caloric drinks. However, a sales taxes may have less of an effect on shoppers than taxing the manufacturer, because consumers don't see the tax until they've already made their purchase.

Nevertheless, Kern is sure that a soda tax would work in decreasing obesity.

"I think now's the time. It's pretty clear that it will work from a health perspective and it's also clear that something has to be done to address the obesity epidemic, and I think this is a great place to start," he said.