One year later: Strides made on Gayborhood racism, but work still to be done 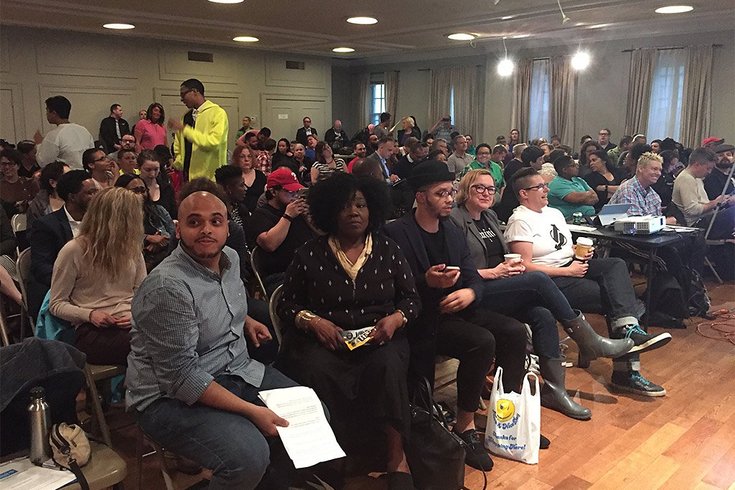 A large crowd, above, attended the first LGBTQ 'community conversation' in May 2017 at the William Way LGBT Community Center in Center City. A smaller crowd attended the most recent forum, a year after explosive allegations of rampant racism in Gayborhood bars and nonprofit organizations.

A year ago, leaders and community members gathered to address allegations of rampant racism in Philadelphia’s Gayborhood bars and nonprofit organizations. And though only a small fraction of that original crowd showed up at the Gershman Y last Thursday, the latest forum focused on the results of an intense 12-month effort.

At the third “Community Conversation,” a public forum created by the city's Office of LGBT Affairs earlier this year to discuss issues relevant to the LGBT community, executive director Amber Hikes offered a progress report on efforts to address allegations of racism and discrimination.

“We are creating the community we want to live in,” Hikes said, adding she’s been fielding inquiries from other U.S. cities about how to address the same tough issues.

“Our Gayborhood and the country are dealing with racism,” Hikes said to a few dozen people, which included only two of 12 bar owners who were originally required to comply with training sessions on race and inclusivity. Their absence did not go unnoticed.

In fact, the mood on Thursday was considerably tame compared to the fiery protests that had inspired the investigation just 12 months ago. There were even murmurs about why some of the leading LGBT activists who had first helped to bring attention to the issue were missing from the discussion.

The tone of the recent forum was focused both on what has been accomplished, and what still needs to happen, to make the LGBT community more equitable for non-white people.

Hikes confirmed that starting next year, the Office of LGBT Affairs will begin working with the William Way LGBT Community Center and the Independent Business Alliance (IBA) to create a new leadership pipeline. That effort will ultimately help train, recruit and encourage people of color and transgender people to join boards and nonprofit organizations serving the LGBT community in Philadelphia.

In an exclusive with the PhillyVoice, Jeff Sotland, owner of Tabu, one of the nightclubs that underwent racial and transgender sensitivity training this past year, revealed that his club is donating $10,000 to move the new leadership initiative forward.

“The initial goal was to create a fund that could be built upon and have groups within the community apply for funds to help support their efforts,” Sotland explained.

He said Tabu signed on to become a funder because there was no foundation-building organization considered to be a good fit. Additionally, it was felt that leadership pipeline is fundamentally the starting point to bring queer people of color and transgender individuals access to the organizations that are working for them, but at times, do not appear to be working with them.

“There is a hope that this initiative undertaken between the William Way, the Office of LGBTQ Affairs and the IBA will see benefits that make these organizations more culturally competent, responsive to community needs, and understanding of the challenges everyone faces,” Sotland said. “The decision was made since we want there to be a more vibrant LGBTQ community in Philadelphia. We are dedicated to that concept and to supporting the community as a whole.” 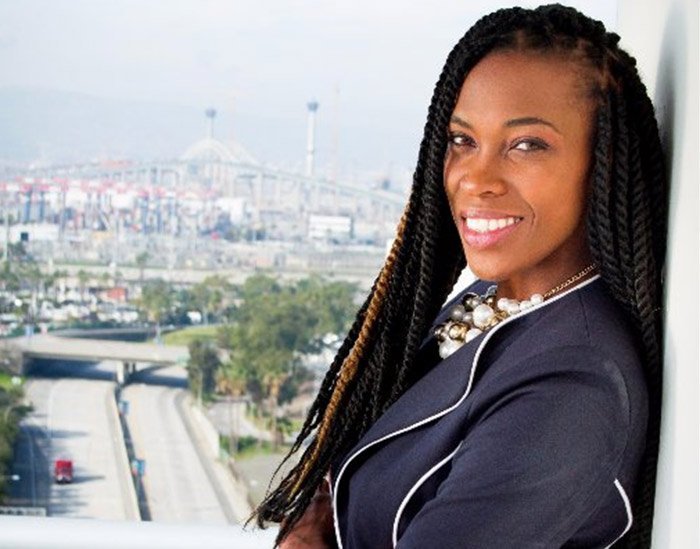 “We are creating the community we want to live in,” Amber Hikes, executive director of the city's Office of LGBT Affairs, told a smaller crowd at last Thursday's forum at the Gershman Y.

Hikes, who took the helm of the Office of LGBT Affairs just seven months ago after a video was released showing the owner of iCandy using the n-word, sparking protests and social media rage, credited Philly with being a “radical city.” She also thanked the LGBT community for doing “historic work” that led to the investigation, findings and subsequent recommendations.

In a new progress report, the Philadelphia Commission on Human Relations (PCHR) summarized what has been achieved during the past 12 months to address racism in the Gayborhood, most notably:

• Bar owners and staff as well non-profit service providers Mazzoni Center and Philadelphia FIGHT received training on implicit bias and the the city's Fair Practices Ordinance. It is recommended that all other organizations serving the LGBT community comply with the ordinance.

• Non-profits receiving funding to provide LGBT services must conform to the non-discrimination provisions of the FPO and Office of Economic Opportunity (OEO) requirements included in their service contracts with the city, or face penalties.

“We live in a racist society. It can’t be undone in one hour.” – Rue Landau, director, Philadelphia Commission on Human Relations

In June, Mayor Kenney – he attended Thursday’s forum – signed a bill into law that provided even stronger protections against discrimination. It goes so far as to allow PCHR to order a business to cease operations due to repeat violations of the FPO. Philly’s ordinance is stronger than anything in the state in terms of granting the PCHR power to monitor and, if necessary, shut down businesses that refuse to comply. Businesses who break the law can also be fined up to $2,000 per violation according to state guidelines.

Rue Landau, director of the PCHR, which is charged with enforcing the guidelines across the city, noted that all 12 Gayborhood bars (and Mazzoni Center and Philadelphia FIGHT) successfully complied with training. And while she said the progress has been a great start toward upholding non-discriminatory practices, it’s in no way a panacea to widespread discrimination.

“We live in a racist society,” Landau said. “It can’t be undone in one hour.” She added that for the yearlong work to ultimately be successful, the LGBT community must be vigilant about reporting complaints online or in person.

Philadelphia has actually seen a spike in hate crimes since last year’s presidential election, Landau said. According to the PCHR, within nine months of last December, there were 82 reports of hate crimes and bias incidents in the city. The statistics in Philly seem to reflect an uptick nationally, at least according to the Southern Poverty Law Center, which says hate crimes tend to target LGBT people, people of color, Muslims and transgender people.

As the PCHR investigates bias allegations from West Philly to Old City, Landau said that both the PCHR and Office of LGBT Affairs is working closely with Licenses and Inspections (L&I) to enforce the city-wide unisex bathroom policy; it requires all single-occupancy public restrooms to become gender-neutral. The bill, which was introduced by Councilman Mark Squilla a few years ago, was signed into law by former Mayor Michael Nutter. Hikes said her office will send out non-compliance letters to anyone who still isn’t on board.