People with orthorexia nervosa fixate over the quality of their food 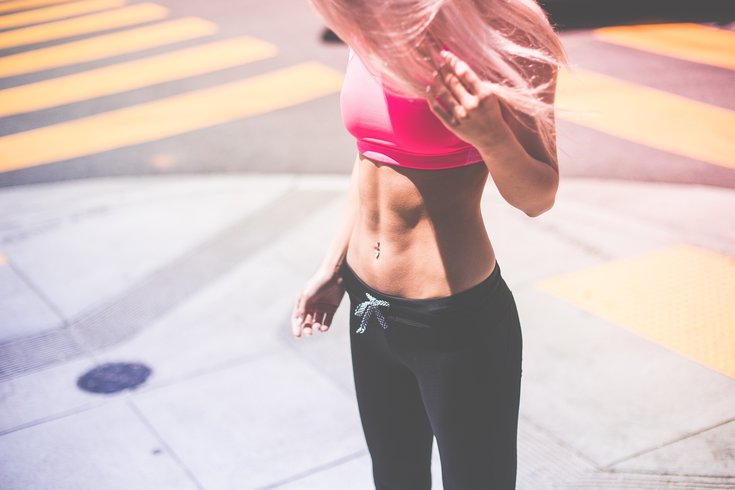 Orthorexia nervosa is an eating disorder in which people obsess over maintaining a healthy diet – and the quality of their food. The disorder is not as common as anorexia or bulimia, but it can lead to considerable health problems, including malnutrition, gastrointestinal problems and cardiovascular issues. The diet culture pervasive on social media could be contributing to the increasing prevalence of the disorder, health experts say.

It's not uncommon for Instagram users to find a bunch of influencers touting a new diet or exercise routine in their feeds.

Though those influencers claim to promote healthy living or body positivity, their perfectly posed images can reinforce an unhealthy behavior – an obsession with healthy eating.

Orthorexia nervosa is an eating disorder in which people become super fixated on the quality of food that they eat. It's not as common as anorexia or bulimia, but the disorder is growing more relevant in certain circles.

American culture's focus on nutrition, fitness, weight and appearance causes some people to latch onto certain fad diets that remove large categories of foods in an attempt to become healthier, according to Dr. Maija Broox Bruzas, a licensed psychologist at Penn Medicine's Center for Weight and Eating Disorders.

"Instagram and healthy food blogs can lure people in and then people can become obsessed with crafting the optimal diet and improving their health," Bruzas said. "Also, a lot of blogs have anecdotal reports about the benefits or harms of certain foods, which are not always based on solid research evidence – so people can latch onto false information and then drastically change their diet based on that information and become scared of eating foods they read were harmful."

About 1 % to 7% of the general population has orthorexia nervosa, but its prevalence tends to be higher among athletes, dietitians, medical residents and ashtanga yoga practitioners.

People with orthorexia nervosa are very rigid with their diet, focusing only on foods that are perceived to be healthy or serve as a cure for a medical condition.

It all comes down to the purity of the food, said Erin Wickersham, a registered dietitian at Virtua Health,

People with orthorexia nervosa will exclude large categories of food – including those they enjoy – because they perceive the foods as unhealthy or harmful.

They are likely to spend large amounts of time reading about the effects of foods on health, searching for perceived healthy foods, and preparing them accordingly, Bruzas added. They also may develop a fear of foods they consider harmful and avoid social gatherings involving food.

Obsessive compulsive disorder behaviors are also common among people with orthorexia nervosa, Wickersham said. And that affects their ability to enjoy time with family and friends.

People with orthorexia nervosa tend to judge their personal worth on whether they can adhere to their strict dietary rules. In some cases, they may even develop a strong belief in the magical curative properties of certain foods. For example, they may believe food can cure a major medical illness without any other intervention.

How dangerous is orthorexia nervosa?

It's generally not as dangerous as anorexia or bulimia, Bruzas said. But it can prove damaging to a person's physical and mental health.

Excluding certain food groups can lead to malnutrition. A person with orthorexia nervosa may suffer vitamin and mineral deficiencies and lose too much weight. Digestive cleanses also can lead to negative physical effects.

They are also at greater risk for gastrointestinal problems, loss of bone density, significant fatigue, dizziness and cardiovascular conditions, like a slow heart rate. Women may develop amenorrhea, the absence of monthly menstruation.

"A key goal of treatment would be changing problematic thoughts about foods, increasing dietary flexibility and actively trying perceived unhealthy foods, and learning healthy ways to cope with difficult emotions that arise after eating those foods," Bruzas said. "It would also involve developing positive self-worth from other aspects of the self and from engagement in other life pursuits."

Orthorexia nervosa generally requires a multidisciplinary approach that includes mental health, nutrition and medical care, Wickersham said. She said that she is interested in better understanding the people the disorder affects and learning how to identify red flags to prevent it.

"As a dietitian, I spread the message that there is no one food group that makes us healthy," she said. "People with orthorexia nervosa fail to see that healthy eating is about healthy eating patterns and a balance of foods."

The term orthorexia nervosa is relatively new, having only been coined in 1998. The disorder is not yet formally recognized in the American Psychiatric Association's diagnostic manual and studies on treatment are lacking. It wasn't until 2018 that a clear set of diagnostic criteria was defined for the condition.