Cause is unclear, say experts 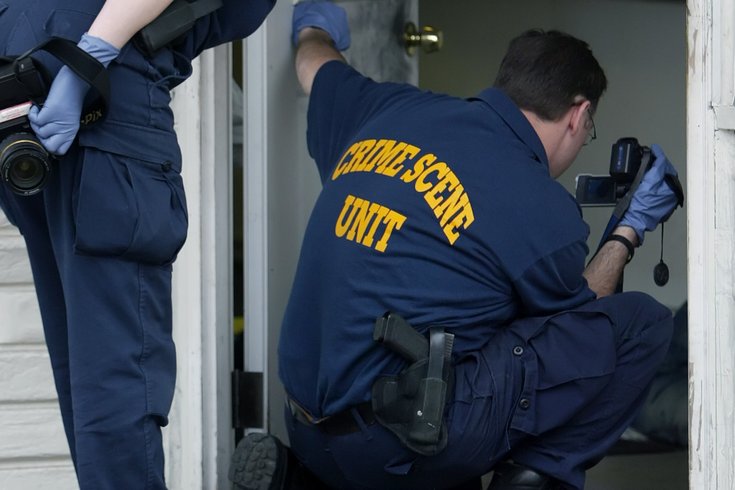 The dead included a 3-year-old hit by a stray bullet. Among the last to die during a historically deadly month of May was a man shot in the back, killed last Sunday morning mere hours after two others were fatally shot in the head.

About 120 people have been killed in Baltimore so far this year, including 43 who died in May alone, the deadliest month in the city in about 40 years, according to USA Today. Baltimore’s homicide rate has skyrocketed 40 percent so far this year compared with the same period in 2014, according to the newspaper. While the increase is especially bad, Baltimore is not alone. New York City has seen homicides rise by about 20 percent. Houston has seen a jump, as has Milwaukee.

Philadelphia, however, hasn't followed this trend. As of Wednesday, the city has seen 98 killings, just three above the same point last year. In general, the city seems to be keeping pace with a downward trend in the number of homicides, from a high of 151 in 2012 year to date to 95 last year at this time.

Local law enforcement officials say it may be too early to declare Philadelphia immune to the rising violence in other major cities or to name a cause.

“You are only five months into a year,” Ed McCann, first assistant district attorney in Philadelphia, said of the trends in homicide rates. “There can be so many factors that can play into that.”

“It is dangerous to link [causes] without some appropriate data and appropriate measuring."

Many, however, are already assigning blame for the higher rates of violence in some cities, from the decline of stop-and-frisk in New York City to an overall lack of respect for authority.

Over the last year, protests have erupted across the country over police conduct and their use of force. Rioting occurred in Baltimore after Freddie Gray died from injuries sustained while in police custody. Six Baltimore officers were indicted in connection with his death.

Baltimore’s police union, which did not respond to a message seeking comment, told Fox News last week that hostility toward police is a problem.

“The criminals are taking advantage of the situation in Baltimore since the unrest,” Lt. Gene Ryan, president of the city's police officers' union, told the television station. “Criminals feel empowered now. There is no respect. Police are under siege in every quarter. They are more afraid of going to jail for doing their jobs properly than they are of getting shot on duty.”

Others are skeptical of this contention.

Patricia Williams, a professor of law at Columbia University, said the comments by the union president seemed “incredibly hyperbolic and even nonsensical.”

She said it is too early to say exactly why crime rates have increased in some cities while remaining level in others. Williams said, however, that a work slowdown by police in New York City has not helped.

Philadelphia Police Lt. John Stanford did not attempt to explain why the city’s crime rate has stayed flat while other areas are struggling with more violence.

“Ultimately, it comes down to taking it one day at a time,” said Stanford.

Some have pointed to changes in stop-and-frisk policies to explain New York City’s upward trend. Under stop-and-frisk, officers can stop and search an individual they reasonably suspect of criminal activity.

“My research in New York City, which is the only place that I’ve studied stop-and-frisk, showed it was a clear contributor to reducing violent crime,” said Dennis Smith, a professor of public policy at New York University who has studied the issue.

In New York City, the number of people stopped by police decreased by more than 90 percent from 2011 to 2014, according to the American Civil Liberties Union. Smith said criminals now know they are less likely to be stopped if they are carrying a weapon, possibly contributing to the rise in violence.

“The crime rate would begin to be affected when people on the street caught on to the idea that it really is different now,” said Smith.

Critics of stop-and-frisk say it targets minorities and is often done without any real suspicion of wrongdoing. They point to statistics showing that 88 percent of stops in New York City in 2011 were of an innocent person.

Others don't see a connection.

“First, there are many complex factors that influence crime rates, stop-and-frisk is not one of them,” said Paul Messing, a civil rights attorney in Philadelphia.

Nationwide, crime has fallen for about two decades, and there are still arguments about the exact causes for the drop.

Philadelphia does employ stop-and-frisk. The ACLU said there were more than 200,000 stops in 2014, which means the city used the tactic four times more than New York City did that year.

Data shows the number of stops in Philadelphia has modestly decreased as the crime rate has declined.

“The reason the homicide rate is down is because of improved policing, community policing,” said Messing.

“Clearly stop-and-frisk in Philadelphia had absolutely no impact because the violent crime rate is going down,” he added.

Homicide rates tend to tick up during the summer. Any initial crime trends still must survive those months.

“To make conclusions based on a snapshot is really dangerous and sort of a difficult thing to do,” McCann said of what has been observed in the first five months of the year. “I would be really reluctant to say we are doing something better than somebody else.”