Pancreatic cancer: the challenges of the disease and treatment advances

It remains a major cancer killer, but advances are happening

By Nathan Bahary, University of Pittsburgh 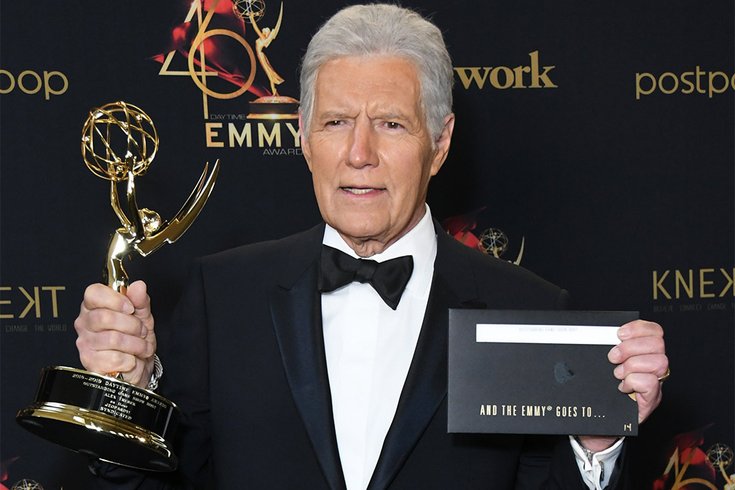 Alex Trebek is seen at the 46th Annual Daytime Emmy Awards on May 5, 2019 at the Pasadena Civic Auditorium. The host of "Jeopardy" is fighting pancreatic cancer.

With Alex Trebek’s recent announcement that his pancreatic cancer is in remission, many people have wondered if this difficult cancer is now easier to treat. Pancreatic cancer remains a major cancer killer, but advances are happening.

As a medical oncologist who specializes in treating and studying pancreatic cancer, I’ll try to provide insights, including some from the American Society of Clinical Oncology (ASCO) meeting now underway.

PANCREATIC CANCER AND ITS TOLL

MORE HEALTH: Where to volunteer in Philadelphia in June

Often diagnosed at an advanced stage, pancreatic cancer has a low survival rate of 9% or less.

Although cancers are usually classified as stages from I to IV, in PDAC we have found that a different system which corresponds to how we actually treat these tumors is more useful. The earliest stage is when the cancer is determined to be surgically resectable, that is, removable through surgery. About 15% of patients’ tumors are found at this stage.

About 40% of patients’ tumors have further progressed to where they attach themselves to or encompass local structures. This is further broken down into borderline tumors that, although technically removable, require chemotherapy and radiation therapy prior to surgery to ensure their complete removal.

Locally advanced tumors cannot be surgically removed in most cases as they completely surround critical blood vessels or infiltrate into adjoining critical organs.

The remainder of pancreatic cancers are already metastatic - they have already spread to distant areas. Nearly all long-term pancreatic cancer survivors are diagnosed when their cancer is, or can be made, surgically removable. Contrarily, because of the limited number of treatment options, and inherent resistance to treatment, exceedingly few five-year survivors present with Stage IV disease.

LACK OF SCREENING AN IMPEDIMENT

A key challenge in treating pancreatic cancer is the lack of good screening techniques to identify such cancers in their earliest stages, as the pancreas lies in an anatomically unfavorable position for early diagnosis, toward the back of the abdomen.

By the time the diagnosis of pancreatic adenocarcinoma is suspected, typically by symptoms such as jaundice, pain and weight loss, the tumor has already grown to a point where surgical removal is difficult. Critical vascular and other structures hamper surgical excision. Or, it has grown to a point where it has spread to distant sites.

Additionally, well before a physician diagnoses a patient’s pancreatic cancer, there is often what we call microscopic metastatic disease. This means that cancer cells are already hiding in other parts of the body. Preoperative and postoperative chemotherapy and radiation are used to try to kill such stealth tumor cells. However, despite these treatments, most patients whose tumors are surgically removed will die of recurrence resulting from these remaining tumor cells.

Once spread to other organs either at presentation or in relapse, PDAC is not curable except in rare circumstances. However, treatment of patients with metastatic disease can yield benefits in terms of overall survival and a quality of life.

Historically, standard chemotherapy for these patients has included one or two drugs, but newer chemotherapy combinations are being used in patients who can tolerate more aggressive systemic therapy. Some of these may be used in combination.

In particularly fit patients, another sequence of chemotherapy after the first drugs yields continued responses, but unfortunately, rarely leads to a complete remission of all disease.

Inevitably, due to the development of resistance in a patient’s tumor to chemotherapy, as well as toxicities of treatment, even those who initially respond succumb to disease progression. By five years after diagnosis, patient survival with metastatic disease is less than 3%.

Also, PDAC is mostly diagnosed in older individuals with concomitant medical issues, and this limits treatment. Chemotherapy tolerance and survival is poorer in many individuals, although treatment can still yield benefits in terms of quality of life.

HOPE ON THE HORIZON?

Recent advances in our molecular understanding of PDAC have yielded new treatment paradigms with the hope of improving these results. We know that some people with pancreatic cysts, or pockets of fluid within the pancreas, are at increased risk of developing pancreatic cancer. Yet distinguishing potentially cancerous cysts from benign, or non-cancerous, ones has been difficult. Recent molecular techniques have been developed to help stratify the risks of developing cancer in these cysts, enabling their surgical removal during their earliest and most curable stage.

Similarly, recent research has yielded a better understanding of the molecular changes that can lead to the development of pancreatic cancer. Studies have demonstrated that up to 10% of pancreatic cancer patients have DNA alterations that can be identified in their blood, that are potentially clinically useful, and that may also raise the risk to family members who have those same DNA changes for developing PDAC. Clinical treatment strategies are being developed to not only direct treatment at these specific changes, but also to develop screening techniques to identify PDAC in similarly affected family members at an earlier and more treatable stage.

For example, patients who harbor a germline change in the BRCA2 gene are at higher risk of developing pancreatic cancer as well as breast, ovarian, prostate and other cancers. A class of drugs called PARP inhibitors, which have been utilized in treating breast and ovarian cancers that are dependent on BRCA2, have been recently shown to offer a survival benefit in pancreatic patients whose tumors harbor the same BRCA2 gene mutations.

Evaluation of pancreatic cancer DNA has yielded insights into a number of altered genes that are yielding better and more directed therapies. For example, researchers have found targetable alterations in the ALK and NTRK genes in tumors of particular pancreatic cancer patients. Identification of these altered genes in patient’s tumors allows for much better tolerated and effective treatments directed at these tumor-causing genes. As a result, it is now considered standard of care to offer germline and tissue DNA analysis to all pancreatic cancer patients to identify such actionable gene defects.

Immunotherapy, which has been transforming treatment in a host of other cancers, may one day be effective. Although no large randomized trial has yet proven the efficacy of immune therapies in pancreatic cancer, data published in April 2019 utilizing a combination of drugs have yielded hopeful preliminary results.

Other clinical studies targeting the unique metabolism of pancreatic cancers or the surrounding tissue are underway as well. Clearly, given the otherwise poor survival statistics for pancreatic cancer using our classical therapy options, the future of pancreatic cancer treatment lies in the development of novel agents to supplant or be added to current chemotherapy regimens.

We oncologists are hopeful for all patients diagnosed with this difficult disease, and we wish the very best to Alex Trebek in his continued fight.