The defendants allegedly engaged in market manipulation to inflate the value of the Paulsboro store, federal prosecutors say 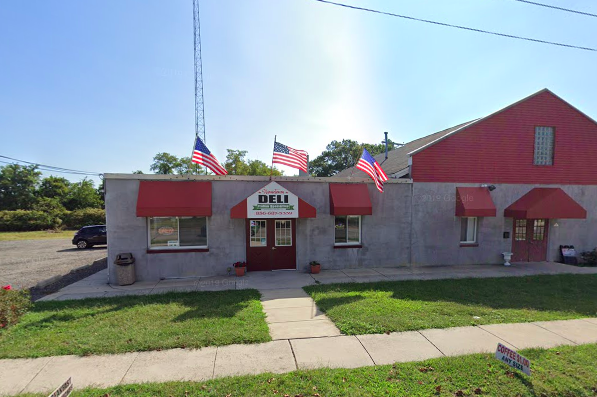 Your Hometown Deli, a former restaurant in Paulsboro, New Jersey, was once owned by a shell company valued at $100 million. Federal prosecutors have charged three men in an alleged market manipulation scheme related to the deli and another publicly traded company.

A former Paulsboro deli, listed as the sole asset of a company once valued at $100 million on the stock market, became a subject of fascination and suspicion last year as a meme stock with a seemingly shady background.

Now three men, including a father and son, have been charged in an alleged market manipulation scheme to distort the value of publicly traded companies for personal gain.

Your Hometown Deli, which closed in August, was once an unassuming Italian restaurant in Gloucester County. It was owned by Paul Morina, a wrestling coach and principal at Paulsboro High School. In 2014, Morina was approached by his former high school classmate and wrestling teammate, James Patten, about placing the deli under the control of an umbrella company called Hometown International.

Without Morina's knowledge, Patton and his co-defendants, Peter Coker Sr. and Peter Coker Jr., allegedly began positioning the company for a long-term maneuver known as a "reverse merger," federal prosecutors in New Jersey said. This involves having a private company acquire a publicly listed company — in this case a shell company — in order to enable the owners of the private company to become the controlling shareholders of the public company.

From there, the public company's assets can be shuffled around and absorbed into the formerly private company. The shareholders also are able to sell shares of both companies at a significant profit once the acquisition is completed.

The SEC suspected both Hometown International and E Waste were part of a possible fraud scheme, since neither company appeared to conduct any meaningful business or have significant assets.

The deli at 541 Mantua Ave. was never a big earner for Hometown International, which had fewer than 60 shareholders in April, CNBC reported. Last year, the storefront had just $25,000 in sales, while the company lost more than $480,000.

Your Hometown Deli made national news last spring when hedge fund manager David Einhorn warned investors to steer clear of the company, given the gap between its profits and valuation.

"The pastrami must be amazing," Einhorn joked.

Federal prosecutors allege that the three defendants undertook a scheme to gain control of Hometown International's management and shares from the deli owners. The defendants allegedly took the same approach with E Waste, transferring shares of both companies to family members, friends and associates. They gained control over these trading accounts to conceal their involvement and then coordinated trading events to inflate the price of both stocks.

Under mounting scrutiny, Hometown International even disavowed the inflated price of its stock to the SEC, acknowledging it had no basis.

But in April of this year, Hometown International announced it would merge with California-based bioplastics company Makamer — an unusual pairing that further raised alarm at the SEC.

Makamer's president had said he would run the merged company without any of Hometown's leadership. He planned to move the company from the over-the-counter markets to the Nasdaq exchange in order to attract more investors. Coker Jr., an investor based in Hong Kong, remained the largest shareholder of Hometown International.

Makamer ultimately sold the deli and its remaining inventory this summer and the Paulsboro storefront shut down. The deli sold for a price of $15,000, plus $700 in inventory, CNBC reported. Makamer Holdings said it was focused on its mission of developing biodegradable resins to replace petroleum-based plastics.

Morina, the former deli owner, is not facing any charges.