Over 50% of tenants have not found a new place to live; Activists say there needs to be a better solution 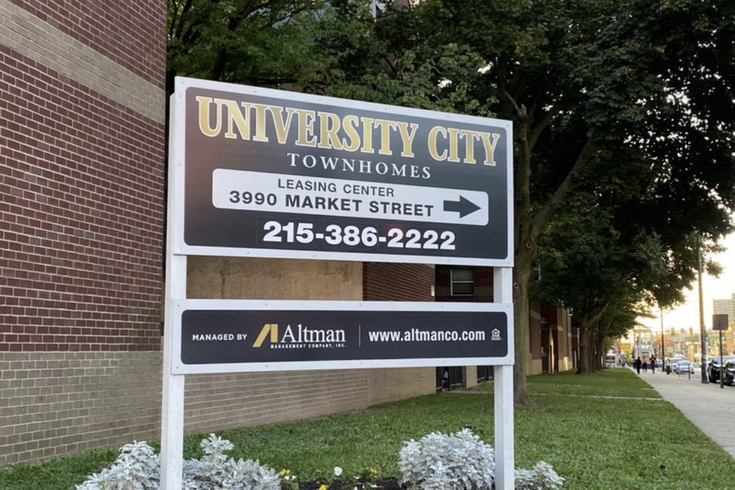 Residents facing difficulties relocating from University City Townhomes will have an extra two months following a Hud grant extension. Tenants were struggling to find affordable housing after the owner of the units decided to sell, displacing over 50 families.

Tenants struggling to find a new place to live with the impending closure of the University City Townhomes received a temporary extension over the weekend and will now have until the end of the year.

Residents living in the 70-unit affordable housing complex at 3990 Market St. were given a two-month reprieve from their forced eviction, which will now take place on Dec. 27. This is the third extension that the landlord has agreed to with the federal government.

The original deadline to evict the tenants was in July, after IBID Associates – the company that owns and manages the affordable housing complex – decided last year it would not be renewing its contract with the U.S. Department of Housing and Urban Development and would instead sell the property.

This extension comes just two weeks before the Oct. 8 deadline to evacuate the premises, which was preceded by a Sept. 7 deadline.

Rasheeda Alexander, a tenant of the townhomes, told Billy Penn that the new extension is not a solution, as over half of the residents have not found a new place to live. The Philadelphia Housing Authority said that 32 residents have yet to find a new place, while 30 have, according to Axios.

Since 1983, a HUD contract with the UC Townhomes' owners has helped West Philadelphia residents obtain affordable housing. The agency pays whatever rent is left over that exceeds 30% of a tenant's income.

The impending sale takes stable housing from a community that has been forged over nearly four decades. In March, Philadelphia City Council member Jamie Gauthier announced a bill to temporarily stop the UC Townhomes' residents from being evicted. Under that legislation, Gauthier also required any new redevelopment project in West Philly with at least 10 units to allocate 20% for affordable housing.

IBID filed a lawsuit against the City Council member for her attempt to stop the sale of the housing complex. The company stated it was unconstitutional to stop it from selling the property and that Gauthier and City Council were using their power to punish it.

As deadlines became closer during the summer, tenants found it increasingly frustrating to try and relocate on such a short notice.  As residents' struggles continued, tenants organized a protest and set up an encampment on the grass of the property.

Alexander said in July that a lack of consistent communication with IBID made residents feel that an encampment was necessary.

The tent encampment was torn down in August after a court order demanded the protesters clear the area.

Earlier this month, residents laid out a list of demands for IBID as the deadline inched closer, which included a two-year extension to find new homes and for the sellers to find someone who will keep the complex running as a low-income housing project.

Two weeks ago, University of Pennsylvania students set up an encampment to protest for the university to take more action against climate change. The protest also included a demand that the school publicly pledge money to preserve the UC Townhomes.

The students want Penn to invest at least $5 million towards maintaining the townhomes as a low-income housing complex and they want that commitment by Sept. 30. For years, Penn has expanded its campus through West Philly by buying up land and demolishing housing to develop new buildings.

Penn has said it has no intentions of purchasing or investing in the property.

Alexander hopes that IBID can simplify the solution by selling the property to a developer willing to maintain it as affordable housing.

Kevin Feely, a spokesperson for IBID, told Axios that the real estate company is open to working with tenants on a case-by-case basis after the extension expires to let them stay at the property while they find a new place to live.