The project, slated to open in late 2025, aims to strengthen Philly's reputation as a budding 'Cellicon Valley' 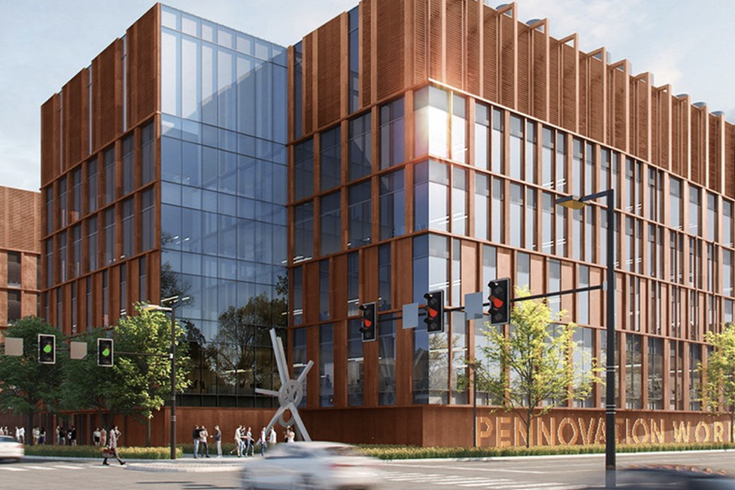 The rendering above shows Penn's plans for a new life sciences facility at the Pennovation Works campus on Grays Ferry Avenue.

The University of Pennsylvania has selected a developer for a life sciences facility that will join the Ivy League school's Pennovation Works incubator along the Lower Schuylkill.

Longfellow Real Estate Partners, the nation's largest private developer of life sciences buildings, will lead the construction of three new buildings covering 455,000 square feet at 3401 Gray's Ferry Ave. The 23-acre Pennovation Works is adjacent to Penn's campus on a former DuPont industrial site, where the Pennovation Center opened as an entrepreneurial and research hub in 2016.

The new life sciences facility will be segmented into 387,000 square feet of research and development space and 68,000 square feet of biomanufacturing space, with rooftop terraces offering views of Philadelphia’s skyline and Penn’s campus. The main complex will have two adjoining six-story buildings with flexible lab and office space for tenants.

“The pace of innovation coming out of Penn is astounding. We have brilliant scientists generating a record number of new FDA approvals in the life sciences," said Craig R. Carnaroli, Penn’s Senior Executive Vice President. "We also have the policies in technology transfer to align with industry to bring new life-saving therapies and treatments to market. And, with Pennovation Works, we operate a campus where these ideas can be nurtured into companies."

Labs at the new development will be constructed to accommodate a range of future tenants who make up Penn's ecosystem of life science companies and incubator startups. The facilities is the latest piece of the university's master plan for Pennovation Works, which saw the completion of the the Inventor Office Building in 2018 and Pennovation Lab in 2021. Approximately 70 companies are now based at Pennovation Works.

Longfellow, headquartered in Boston, is known for its vast portfolio of life sciences buildings in New York City, San Diego, San Francisco Bay Area and the Research Triangle of North Carolina, in addition to facilities in Boston and Cambridge. 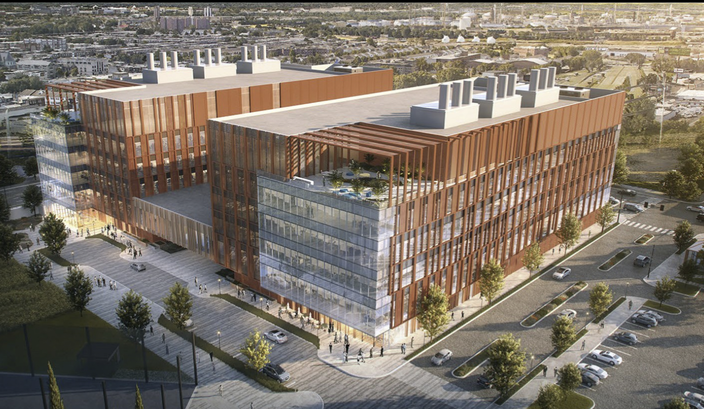 Philadelphia has been rising among the nation's top life sciences clusters over the last decade, led by a talent pipeline from Penn and Drexel University. Cell and gene therapy represent among the city's fastest growing sectors, with biopharmaceutical research that resulted in the development of the first FDA-approved CAR T-cell cancer immunotherapy spearheaded by Penn researchers.

Clinical development of new therapies to treat a range of diseases has earned Philadelphia the reputation as an emerging "Cellicon Valley," with more than a dozen organizations in the city dedicated to cell and gene therapy. Spark Therapeutics, Bioquark and Passage Bio are among those that have become prominent Philadelphia-based biotech firms taking advantage of the city's growing lab facilities.

The Philadelphia region has more than 350 life science firms, many of which have emerged from the city’s universities, research institutions, hospitals and pharmaceutical companies that have invested in the promise of the Delaware Valley.

“Partnering with a leading institution such as the University of Pennsylvania is truly exciting and builds off our track record of working with other universities such as Harvard, Duke, Stanford, and MIT,” said Longfellow CEO & co-founder Adam Sichol. “There is no better partner to expand into the Philadelphia market with than Penn.”

Earlier this year, Drexel announced plans for an 11-story life sciences building on University City's Schuylkill Yards campus. The project will add 500,000 square feet of custom-designed space for life sciences research next to the university's historic Armory near 32nd Street and JFK Boulevard.

Another eight-story, 250,000-square-foot lab and office building planned at 4101 Market St. will be anchored by The Wistar Institute, a leading biomedical research firm in Philadelphia.

The new life sciences facility planned at Pennovation Works is slated for completion in the fourth quarter of 2025.