Two Penn students are now engaged, with some help from the school newspaper's crossword puzzle 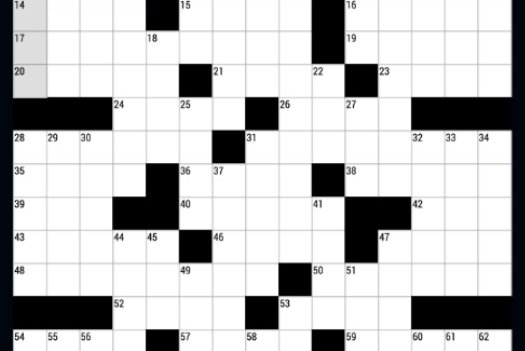 Two University of Pennsylvania Medicine residents celebrated their two-year anniversary with a ritual familiar to the couple: solving the crossword puzzle in the Daily Pennsylvanian.

Though the couple had done this dozens of times before, this puzzle ended a little differently – with a marriage proposal.

Since the couple first had started dating in 2016, they'd gotten into a habit of solving the Daily Pennsylvanian's crossword puzzle together. To plan a proposal that matched their weekly tradition, Kennedy first tapped former Washington Post crossword puzzle editor Fred Piscop, who has also written several crossword puzzle books, to help create a puzzle that was particular to Kennedy and Patel.

From there Piscop constructed a crossword filled with clues hinting at specifics about the couple's relationship, culminating in the final four clues, which spelled out "Will you marry me?"

Kennedy had reached out to the Daily Pennsylvanian prior to the proposal – which took place Friday – asking the newspaper's editors to print a special version of the day's edition that included his customized puzzle. As Patel and Kennedy finished the final questions, Kennedy knelt and revealed the engagement ring for Patel.

Read more about the couple's engagement, and take a peek at the special crossword puzzle, at thedp.com.