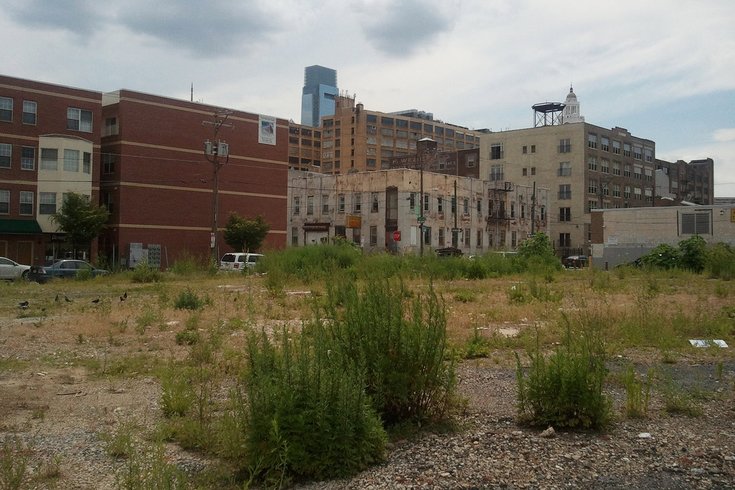 Eliminating urban blight by adding greenery to vacant city lots can have a profound impact on the mental health and wellness of surrounding residents, according to a new study by researchers at the University of Pennsylvania.

Findings from the study, published this week in JAMA Network Open, offer a significant incentive for cities across the United States to revitalize vacant lots, which account for about 15 percent of municipal land.

The research marks the Penn team's first examination of the relationship between mental health and the presence of abandoned lots.

In the current study, the Penn team measured the mental health of Philadelphia residents before and after vacant lots were treated, cleaned and converted into green spaces.

Residents living with a quarter mile of revitalized lots had a 41.5 percent decrease in feelings of depression compared to those who lived near lots that had not been cleaned.

“Dilapidated and vacant spaces are factors that put residents at an increased risk of depression and stress, and may explain why socioeconomic disparities in mental illness persist,” said lead author Eugenia C. South, an assistant professor of emergency medicine and a member of the Center for Emergency Care and Policy Research at Penn.

To gauge the well-being of residents, the research team conducted two sets of pre-intervention and post-intervention surveys among 342 residents. The surveys, using the Kessler Psychological Distress Scale, were spaced at 18 months before revitalization and 18 months after.

Study participants were asked to report how often they felt nervous, hopeless, restless, depressed, that everything was an effort, and worthless.

The most dramatic swings in mental health were found among residents in neighborhoods below the poverty line. These residents reported a 68 percent decrease in feelings of depression after revitalization. Trash clean-ups did not show a significant change in reported mental health compared to no intervention.

“The lack of change in these groups is likely because the trash clean-up lots had no additional green space created,” said co-author John MacDonald, a professor of criminology and sociology at Penn. “The findings support that exposure to more natural environments can be part of restoring mental health, particularly for people living in stressful and chaotic urban environments.”

Researchers believe that greening vacant lots is a cost-effective method to improve community health and decrease the likelihood of crime. It costs about $1,600 per lot to grade land, plant new grass and trees, and install a low wooden perimeter fence, with an average of $180 in annual maintenance.

In the previous study on blight and violence, the Penn team calculated that over a 3.8-year average period of evaluation, crime reduction savings represented a criminal justice system offset of $43,037 for every lot greened—annually, about $11,325 per lot.

“Greening vacant land is a highly inexpensive and scalable way to improve cities and enhance people’s health while encouraging them to remain in their home neighborhoods,” said senior author Charles C. Branas, an epidemiology and biostatistics researcher at Columbia University and Penn. “While mental health therapies will always be a vital aspect of treatment, revitalizing the places where people live, work, and play, may have broad, population-level impact on mental health outcomes.”