None of the children were injured 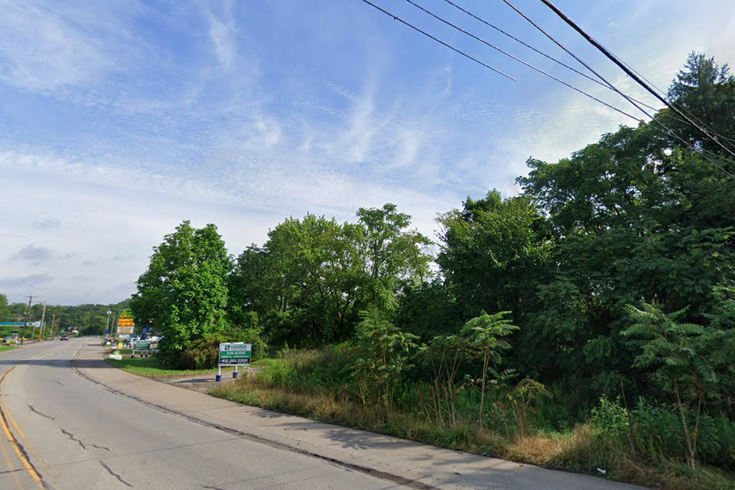 Bryon Benetas, allegedly shot at a van of school children while dressed in camouflage and hiding in a tree in this wooded section bordering Route 65 in Shenango Township, Pennsylvania on Tuesday, March 10, 2020. None of the seven children in the van or its adult driver were harmed, but the shot shattered a window.

A man dressed in camouflage allegedly shot at a van of school children while hiding in a tree Tuesday in Western Pennsylvania, but he failed to hit anyone inside.

The man, identified as Bryon Benetas, 41, allegedly had at least two guns with him as he hid within a heavily wooded area of Shenango Township, Lawrence County, WPXI reported. He allegedly fired at the van as it passed by on Route 65 South around 8:43 a.m.

A bullet passed through the window of the vehicle and went out another one, missing contact with anyone inside, police said. The shot shattered one of the windows.

The van, a Shenango Area School District transportation vehicle, contained seven elementary school students and an adult driver. Both Shenango Elementary School and Shenango High School were put on a temporary lockdown immediately after the incident.

The Lawrence County Department of Public Safety warned nearby residents via Facebook to stay indoors during the beginning of its investigation.

Benetas is facing a slew of criminal charges, including attempted criminal homicide and attempted aggravated assault, according to court records. He is being held held at the Lawrence County Prison after being unable to post $150,000 monetary bail.

Police said they were not sure whether the van was the intended target. Authorities told WCAX3 that a metal recycling bin outside a nearby business had been shot 11 times.