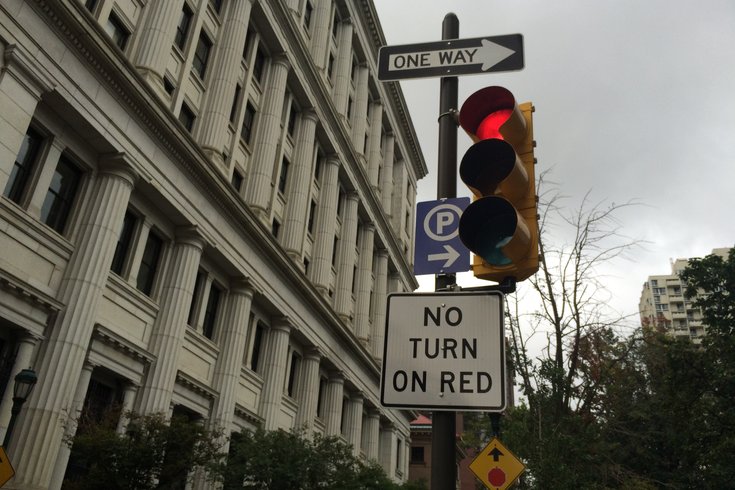 A traffic signal at the intersection of Sixth and Walnut streets in Philadelphia.

A Pennsylvania law that went into effect on Sunday allows motorists to run red lights at intersections where traffic signals are unresponsive.

Some intersections use a detection system to trigger light changes. But sometimes those systems fail to recognize when a vehicle, particularly a motorcycle, is waiting at a stoplight.

The new law enables any driver to proceed with caution at an intersection with an unresponsive light, ordering motorists to treat it as a stop sign.

State Rep. Stephen Bloom, R-Cumberland County, authored the law initially as a way to help motorcyclists, whose vehicles are not always heavy enough to trigger a light change. The language of the legislation was expanded to cover all vehicles.

"This law does not give drivers a free pass, but ensures a safe and legal option to avoid the danger and inconvenience of being trapped in perpetuity at a locked red light," Bloom said when Gov. Tom Wolf signed the bill in July. "The issue is more common than many people realize, especially on rural roads or during late hours when long periods often elapse before a heavier vehicle comes along to finally trip the unresponsive light."