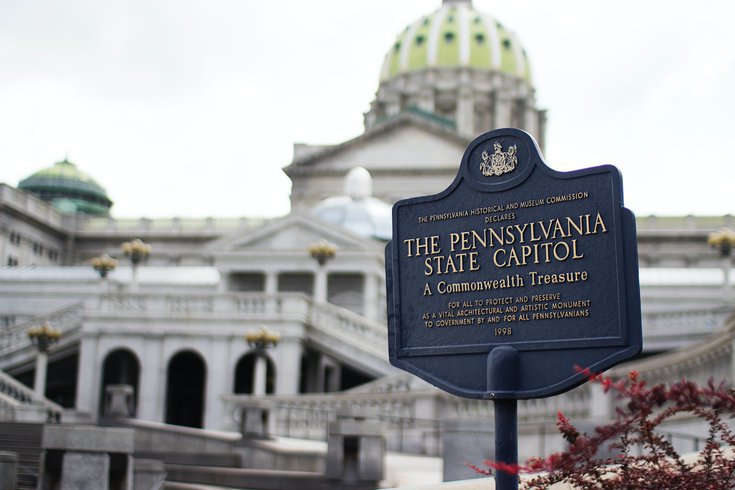 Chaos broke out at the Pennsylvania Capitol building Tuesday as a partisan battle unraveled over the seating of Democratic state Sen. Jim Brewster, whose narrow victory in November has been disputed by Republican opponent Nicole Ziccarelli.

The 45th District seat in Western Pennsylvania, serving parts of Allegheny and Westmoreland counties, was decided by a margin of just 69 votes in favor of Brewster, who has been in office for a decade.

Ziccarelli's challenge to the outcome of the election was rejected by the state Supreme Court, which ruled that the contested ballots were valid, and the state certified the results affirming Brewster's victory.

But on Tuesday, as 25 winning candidates were set to take the oath and be seated, Republicans refused to seat Brewster. Ziccarelli has appealed the election results in federal court.

As tensions rose, Republicans voted to table the results of the 45th District indefinitely. Lt. Gov. John Fetterman, who serves as presiding officer of the Senate, refused to recognize the motion. He urged the seating of Brewster along with the 24 other Senators who were seated Tuesday.

Republicans then mounted a vote to replace Fetterman as presiding officer for the day, moving interim Senate President Pro Tempore Jake Corman into his position, the Pittsburgh Post Gazette reported.

Sen. Anthony Williams, who represents Philadelphia, objected forcefully to the GOP maneuver, calling it a "takeover of the government."

PA Sen. Anthony Williams voting NO on removing Lt Gov Fetterman from the Senate for the day is a whole mood. pic.twitter.com/32yyGnaxBE

In an interview with the Washington Post after the incident, Fetterman said Republicans had ditched an agreement that Brewster would be provisionally sworn in pending the result of Ziccarelli's federal appeal.

Fetterman added it's now unclear what the next step will be for Brewster's seat.

"We’re at a dangerous time in this country," Fetterman said. "One party is ignoring court rulings and election results. If the results don’t match what they like, they do their level best to subvert them."