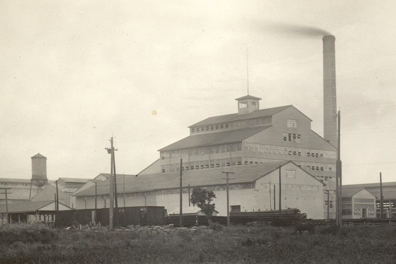 A 75-acre western Pennsylvania town that emerged as Pittsburgh's waste processor in the early 20th century is on the market for a price of $1.5 million.

Reduction, Pennsylvania, named after the plant built by American Reduction Company, has seen its population dwindle from 400 residents to just 60 in the decades since the facility was shut down in 1936. It now consists of 19 single family homes and a converted one-room converted schoolhouse dating back to 1914, according to the Associated Press.

Current owner David Stawovy's father, a dairy farmer on adjacent land, purchased the property in 1948 for a sum of $10,000. He was initially interested in just one of the homes, but American Reduction, having built a new processing plant in Pittsburgh, suggested he purchase them all.

At the time of the company town's emergence, local newspapers referred to Reduction as "The Town That Garbage Built."

After 70 years, the Stawovy family has decided to sell the land, citing lack of interest among the current generation and an overload of responsibility.

"“I've done it all my life,” Stawovy told the Tribune Review. “I've got to be the mayor, the fire marshal and the dog catcher.”

Known today as the Amelia R. Stawovy Estates, the town is situated on a bend of the Youghlogheny River.