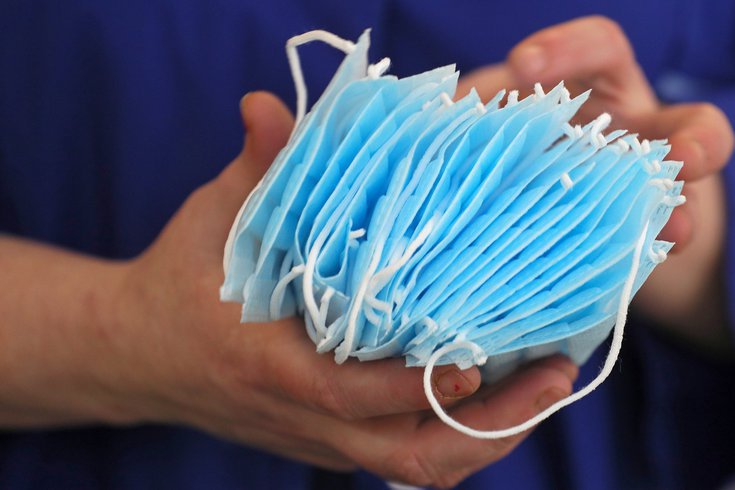 The universal mask mandate in Pennsylvania is set to expire on Monday, June 28, as nearly 60% of the state's population have been fully vaccinated against the virus.

Effective Monday, Pennsylvania's requirement for people who aren't vaccinated against COVID-19 to wear masks in public spaces will end.

Philadelphia and New Jersey already have lifted their requirements.

The mask-wearing order has been in place in Pennsylvania since April 15, 2020. This end marks more than a year of required mask-wearing in the state.

As of Friday, 75% of the state's eligible adults have received at least a first dose and 59% are fully vaccinated, PennLive reported.

Previously, Gov. Tom Wolf said the mask mandate would remain in place until 70% of those eligible in the state were vaccinated. He estimates the state will reach the 70% benchmark by the end of June.

Vaccination rates across the country have plateaued. Pennsylvania is averaging less than 25,000 shots per day, compared to its peak average of 107,000 daily shots.

The state is currently eighth in the nation for overall vaccination percentages, according to the Centers for Disease Control and Prevention.

Pennsylvania reached 70% of adults with at least one dose at the end of May, meaning the state was on track to reach the same benchmark of fully vaccinated adults by June, the Philadelphia Inquirer reported. However, just 59% of adults in the state are fully vaccinated, which means some residents didn't get their second shot.

Nationally, one in 10 adults have skipped their second shot, according to CNN. As of June 16, nearly 11% of those eligible to get their second dose of the vaccine, totaling 15 million people, have not gotten their shot.

However, a CDC report from March said people who get their shot in a different location might be counted as missing their second dose, potentially overestimating these figures, CNN reported.