Richard Fierro is one of three individuals who helped subdue the shooter after he killed five people and injured 18 at the LGBTQ+ nightclub in Colorado Springs on Nov. 19 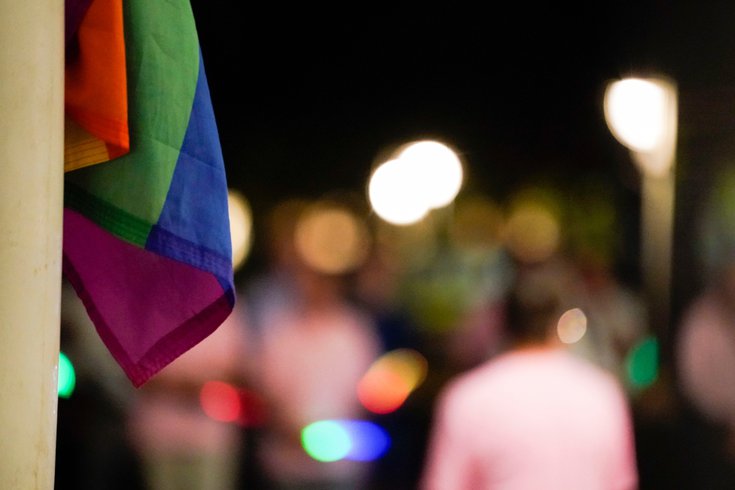 After Richard Fierro helped subdue the shooter who opened fire on Club Q in Colorado Springs on Nov. 19, people from across the country are throwing support behind the brewery the Army veteran co-owns with his wife, Atrevida Beer Co., which sells apparel on its online shop.

People across the country are throwing their support behind Atrevida Beer Co., a brewery co-owned by the Army veteran who helped subdue the shooter at Club Q in Colorado Springs, stopping him from killing more people in the mass shooting last Saturday.

Richard Fierro co-owns the brewery with his wife, Jess, who serves as founder and head brewer. The two were attending a drag show at Club Q with their family and friends, including their daughter Kassandra and her partner, Raymond Green Vance. Vance was one of five people who were killed, and 18 others were injured before Fierro, Thomas James, and an unnamed club performer stopped the shooter.

"I don't know exactly what I did, I just went into combat mode," Fierro, a 15-year veteran, told The New York Times. "I just know I have to kill this guy before he kills us."

While Fierro's military training is what helped him subdue the shooter, it also helped him and his wife form their business. Jess didn't like the taste of beer until touring Germany while Richard was stationed there, learning about brewing as a hobby while working as a cosmetologist before opening her own brewery. Since opening the brewery, the family has lived by its motto, "diversity on tap."

That motto, along with the heroic actions of Fierro and the tragedy of the shooting, led people from all walks of life to support Atrevida Beer Co. on social media in the days after the shooting.

Meena Harris, the niece of Vice President Kamala Harris, was among those to direct followers to the business' online store, where they sell hoodies, t-shirts, bandanas, skull caps, and leggings in addition to sharing their story and full menu of craft beers. Other people, including writer Molly Knight, encouraged her followers to help buy out all of their merchandise and gift certificates in support of Fierro's heroism.

Chef Jose Andres, who owns the nonprofit World Central Kitchen, took to Twitter to encourage people to support the man who "risk(ed) his life to save the lives of others. With his bare hands!" Dozens of people shared screenshots of their purchases, posting the link to the brewery's online shop in an effort to spread the love and support, particularly at the beginning of the holiday season.

Mr. Fierro is a hero. Risk his life to safe the lives of others. With his bare hands! His daughters boyfriend died in the shooting……😔He and his wife own a brewery…https://t.co/8O6eOz4bzL Let’s show the respect he deserves…let’s support their beer… https://t.co/MXUEoWcC1G

Richard M. Fierro, the hero who tackled the Colorado Springs gunman, owns a local Brewery called Attrevido Beer Co. with his family. Let’s crash their website by buying out all their gift certificates and other merch in support: https://t.co/9clIZQfNGi

Richard Fierro is one of the 2 men who took down the CO Springs shooter. He’s also a veteran. His details of the events were heart wrenching and he is a hero. Support his business. https://t.co/hdTBjY2RXe https://t.co/KmHfdgF3dt

The dude who took down the Colorado shooter owns a brewery.

His wife is the brewmaster.

Good Judy Garage, a queer-owned automotive shop in Denver, set up a GoFundMe crowdfunding campaign for victim support on Monday, which has since garnered more than $750,000 in donations to a trust fund that will be divided among the victims and their families. The fund will be open for a while, according to organizer Faith Haug, as they want to ensure that each of the victims can receive a portion of the funding without missing out on other aid sources.

Lady Justice Brewing Co., another Latina-owned brewery in Aurora, will host a fundraiser on Sunday, with proceeds going to support the GoFundMe. Attendees will also write letters and postcards to the Fierro family as they grapple with the after-effects of the tragedy.

Fierro's heroism has been praised by people all over the country, including President Joe Biden. On Tuesday, White House press secretary Karine Jean-Pierre told reporters that Fierro's actions may have saved dozens of lives.

"There are no words, no words at all, that can bring comfort to those who are grieving," Jean-Pierre said during a special portion of the press briefing. "But we stand with the community of Colorado Springs and with the LGBTQI+ community."

Atrevida Beer Co.'s online shop has yet to sell out, so those who are looking for a way to show support for the Fierro family this holiday season can shop for items at their website.