After shuttering its Italian Market location in October, Chutatip 'Nok' Suntaranon is ready to start the eatery's next chapter on Tuesday, Nov. 29 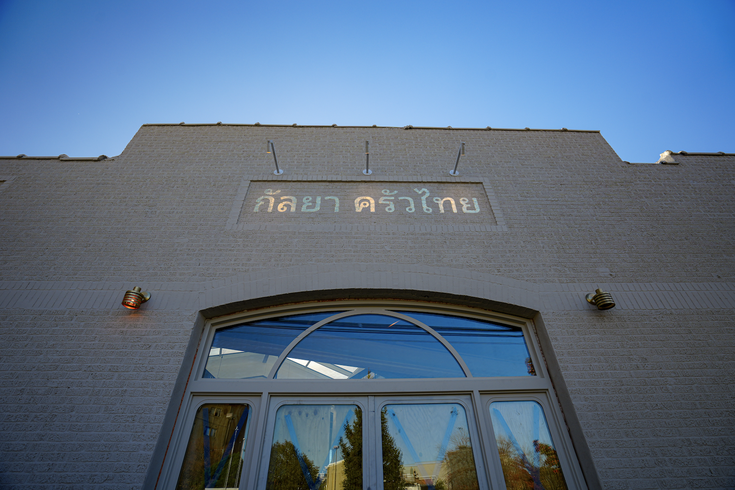 Kalaya Thai Kitchen is set to open its Fishtown location at 4 W. Palmer Road on Tuesday, Nov. 29. The large, open-concept kitchen and dining room features an expanded menu with several new dishes, a full bar and a dessert menu.

After shuttering its Italian Market location in preparation for a move to Fishtown, Kalaya Thai Kitchen is now accepting reservations.

Chef Chutatip "Nok" Suntaranon will begin serving her authentic southern Thai cuisine with an expanded menu on Tuesday, Nov. 29. The new restaurant, which has four times the seating of the original Ninth Street eatery, is located at 4 W. Palmer Road between Frankford Avenue and Front Street in the North Philadelphia neighborhood.

Suntaranon's recent culinary visit to Thailand serves as the inspiration for the larger menu, featuring an array of spice blends and curries made on site. The much larger, open kitchen allows the Kalaya team to prepare dishes that were impossible to make at the previous location.

Unlike the old restaurant, Kalaya in Fishtown features a full seated bar with menu access. The cocktail list is inspired by female characters in Thai folklore and popular culture, and crafted by the team at R&D Cocktail Bar. Ingredients from the kitchen will be carried over into the drinks, but visitors can also pick from 22 natural, sustainable wines and four beers available on tap.

There will also be Thai sodas, dessert cocktails and non-alcoholic options available at the bar, along with Kalaya's own version of "ya dong" — a variation of a street shot from Bangkok, spun into a cocktail with spices and funky flavors. Patrons can also enjoy a beer slushie, a traditional drink popular in Thailand's nightlife.

"This restaurant was built on the vision that the partners and I created together, and it was brought to life beautifully by Katherine Lundberg," Suntaranon said in a release. "So much time and hard work went into making this version of Kalaya as perfect as can be, and I am so incredibly grateful for each and every person who made this dream a reality. We are ready and excited for this new chapter."

Lundberg's interior design is a nod to the colonial architecture of Southeast Asia. A pair of large, abstract paintings exported from Thailand by acclaimed female artist, Be Chanida, adorn the walls and the open kitchen and dining room allow patrons to experience a shared atmosphere with the chefs during their visit.

Kalaya Thai Kitchen first opened in the Italian Market in April 2019. Since then, it was named the best new restaurant in the country by Esquire in 2020 and Suntaranon was nominated for the James Beard Foundation's best chef in the Mid-Atlantic award earlier this year.

In 2020, Suntaranon expanded Kalaya for the first time, opening Kalaya Thai Market at 922 S. Ninth St. in the Italian Market. The market is temporarily closed, as it has been since the restaurant closed in October. The shop, which has been closed since the restaurant shuttered in September, sold specialty items and ingredients used to make Kalaya's dishes.

MAWN, a Cambodian noodle shop, will open in the former location of Kalaya at 764 S. Ninth St. in the Italian Market in January, the Inquirer reported.

Reservations for Fishtown's Kalaya Thai Kitchen can be made on Resy for parties of up to eight people up to 30 days in advance. Those looking to book for nine or more people should contact the restaurant directly by emailing hello@kalayaphilly.com.