Jesse Ito, Cristina Martinez, Chutatip “Nok” Suntaranon and Ellen Yin will all be heading to the ceremony in Chicago on June 13 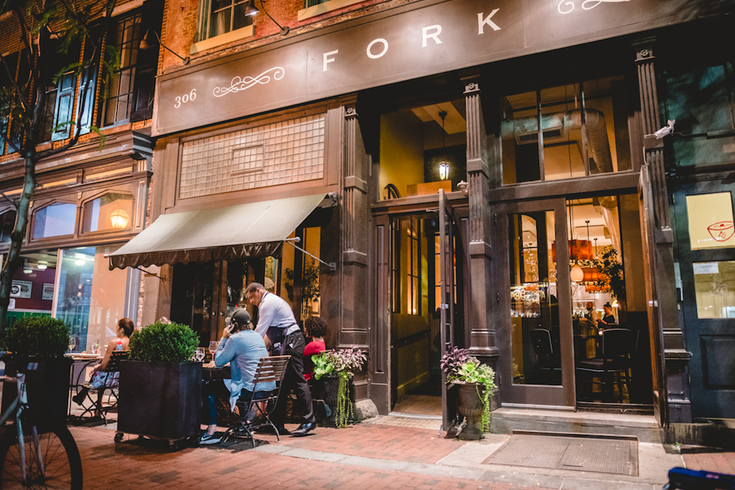 The James Beard Foundation revealed its list of finalists for the prestigious restaurant awards. Four Philly culinarians were recognized including Ellen Yin, the owner of Fork in Old City.

The 2022 James Beard Restaurant and Chef Awards finalists were revealed on Thursday and Philadelphia scored four names on the list.

The foundation announced the semifinalists in February, which included 16 restaurants from across the region. The pack has now been trimmed down to three chefs and one restaurateur – Jesse Ito, Cristina Martinez, Chutatip “Nok” Suntaranon and Ellen Yin.

High Street Hospitality Group's Ellen Yin, who has over two decades of experience in the city's restaurant scene, was nominated for the outstanding restaurateur award. She is the only one of Philly's nominees to be named in a national category and was previously a finalist in 2018 and 2019

Yin founded High Street with Chef Eli Kulp in 2014 and the organization has since gone on to open four establishments around Philly and one in New York City's West Village. The group's Center City bistro, A.Kitchen + Bar, was a semifinalist this year for the outstanding wine program award. The restaurant has long been recognized for its list of natural wines and was named one of the top 100 wine restaurants by Wine Enthusiast.

The other three finalists are all up for the best chef Mid-Atlantic award.

Jesse Ito has been recognized for his work at Royal Sushi & Izakaya. The Queen Village restaurant features a bar that serves traditional Japanese pub food like steamed shrimp dumplings and karaage fried chicken. There is also a chef's counter experience with Ito himself, but reservations are some of the hardest to come by in the city.

Cristina Martinez was nominated for her famed South Philly Barbacoa. The cash-only restaurant serves some of the best slow-cooked, citrus-marinated lamb in the city out of an unassuming storefront on 9th Street in the Italian Market.

Both Ito and Martinez have been nominated in the category before, but this is a first for Chutatip “Nok” Suntaranon.

Suntaranon is the owner of Kalaya Thai Kitchen in the Italian Market, which was nominated for a best new restaurant award in 2020. Kalaya has received widespread praise since it opened in 2019 and was named best new restaurant in the country by Esquire in 2020.

The award season will end with a Media and Restaurant and Chef Awards ceremony on June 13 at the Lyric Opera Theater in Chicago.

The foundation decided not to give out awards in 2020 and 2021, citing the COVID-19 pandemic as the reason. However, it was later revealed that several chefs were asked to withdraw nominations after their behavior in the kitchen was found to be too controversial.

Racial inequity about the awards was also brought up, as there were no Black winners among the many who were nominated in 2020. The foundation concluded an audit of its policies and procedures in order to ensure more diversity and eliminate any systemic racial bias in September 2021.