Seven Old City attractions will donate their proceeds Saturday to UNICEF, which is providing humanitarian relief 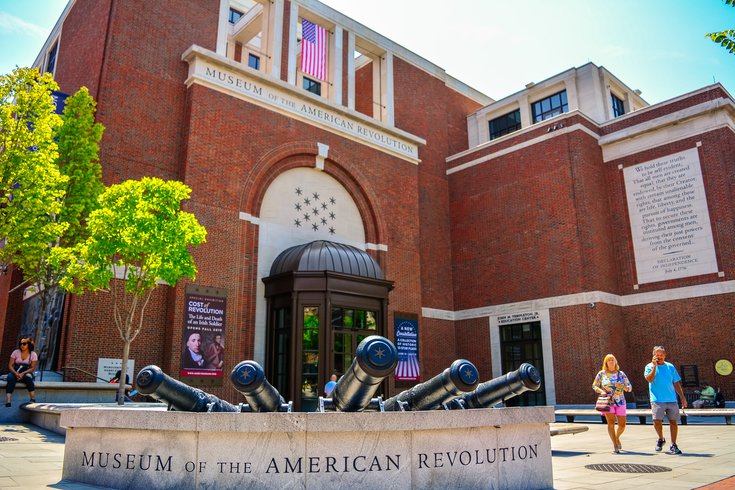 Seven historic sites in Philadelphia, including the Museum of the American Revolution, will donate their proceeds Saturday to UNICEF, which is providing humanitarian relief in Ukraine.

People can show solidarity with Ukraine on Saturday by visiting several historic sites and museums in Philadelphia.

Seven attractions in Old City will donate 100% of their proceeds to UNICEF, which is providing emergency assistance to families in Ukraine amid the Russian invasion.

The African American Museum, Carpenter's Hall, The Betsy Ross House, the Museum of the American Revolution, the National Constitution Center, Franklin Square and the Independence Visitor Center are all participating in the fundraiser.

Former Pennsylvania Gov. Ed Rendell helped organize the fundraiser, saying in part that he wants to encourage more people to provide support to Ukraine as its people face a humanitarian crisis.

"These institutions tell the story of America's fight to become free and create one of the world's greatest democracies," Rendell said. "We all believe we should do whatever we can to support the Ukrainian people's fight to preserve their own democracy."

The attractions will continue to collect donations throughout the month.

"The message to Ukrainians and to all freedom-loving people is that we hope this effort is an inspiration to encourage everyone to do what they can," Rendell said. "If you are looking for a way to support the families of Ukraine, this is a way to start."

This Saturday, March 19, the Museum will join several historic Philadelphia sites in donating 100 percent of all admissions proceeds from that day to @UNICEF to support its efforts to deliver aid to Ukraine. #StandWithUkraine

On Tuesday, UNICEF spokesperson James Elder addressed the status of the humanitarian crisis in Ukraine. More than 1.5 million children have fled the country since the Russian invasion began Feb. 24.

"Putting this last statistic another way, on average, every day in Ukraine from the start of the war, more than 75,000 children have become refugees," Elder said. "This last number is particularly shocking. Every minute, 55 children have fled their country."

Ukrainian children are in need of safety, stability and child protective services, particularly those who have been separated from their families or are arriving in neighboring countries unaccompanied, Elder said.

UNICEF is providing medical supplies, like surgical kits and midwifery kits, to pediatricians working on the ground in Ukraine. It is also providing hygiene kits, drinking water, blankets and winter clothes, and early childhood and adolescent educational materials.

People who want to contribute to relief efforts can donate to UNICEF or any of these organizations working to provide emergency support to Ukraine.