What's the difference between the Pfizer and Moderna vaccines? 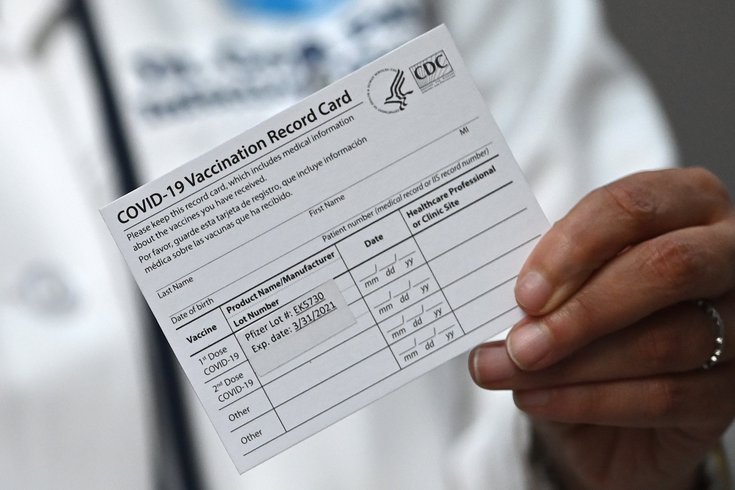 COVID-19 vaccines developed by Pfizer and Moderna have been granted emergency authorization. While both use similar technology, there are some key differences.

Last week, thousands around the world got the first doses of the Pfizer COVID-19 vaccine just as a second vaccine candidate from Moderna gained CDC authorization. It's estimated that 20 million Americans will get vaccinated by the end of the year, and another 30 million in January 2021.

While the two vaccines are similar, there are some key differences between them, much of which has to do with how each vaccine is transported and stored, and not that one is more effective at preventing coronavirus infections than the other.

Health officials say both vaccines are effective and people should take whichever is available according to the order established by states and the guidances issued by U.S. Centers for Disease Control.

Pfizer's vaccine must be stored at -75 degrees Celsius, which is 50 degrees colder than is required for any other vaccine being used in the U.S. Transportation of this inoculation requires a synchronized network equipped with super-cold freezers. This means smaller hospitals and communities that don't have access to deep-freeze storage cannot receive the Pfizer vaccine at this time.

The Pfizer vaccine can be stored in refrigerators for up to five days before it expires. The CDC created the "cold chain" to transport and store the vaccine with special freezers and dry ice.

Moderna's vaccine can be stored at temperatures achievable by the standard freezers people would use in their homes, and it will last for 30 days in refrigeration, said Moncef Slaoui, the chief scientific adviser of Operation Warp Speed. This means it's more manageable and available.

Both vaccines have efficacy rates close to 95% and use mRNA technology to prompt the human immune system to create antibodies that fight the coronavirus when it enters the body. But Moderna's vaccine is "more flexible," a U.S. Health and Human Services Secretary Alex Azar said to CNN.

The Moderna and Pfizer vaccines each require that people receive two doses, though on difference schedules. Moderna's shots must be administered 28 days apart, while Pfizer's shots must occur only 21 days apart. The first shot starts building protection, while the second shot strengthens the protection, according to the CDC.

People as young as 16 years olds can get the Pfizer vaccine, according to the FDA, but Moderna's vaccine is cleared for those 18 and older.

Pfizer is a large pharmaceutical company, while Moderna is a smaller biotech company based in Cambridge, Massachusetts.

This vaccine marked a lot of firsts for Moderna. It is the first product the company is bringing to the market, its first vaccine that was granted approval from the FDA, and its first vaccine to reach the third stage in clinical trials.

The company had a head start in vaccine development because its scientists were working on another coronavirus vaccine to protect against Middle Eastern Respiratory Syndrome, along with researchers at the National Institutes of Health before pivoting to COVID-19.

The trial found that the Moderna vaccine was 94.1% effective in preventing COVID-19, compared to Pfizer's 95% efficacy rating.

Neither the inoculations by Moderna nor Pfizer produced notable safety concerns that would thwart emergency use authorization. The most common reactions to the vaccine were injection site pain, fatigue, headache, muscle pain, joint pain and chills.

Slaoui said 10-15% of those immunized develop noticeable side effects.

Philadelphia received 13,650 doses of Pfzer's vaccine last week, and vaccinations have already been administered. It's estimated that 27,600 doses of Moderna's vaccine will be sent to the city in the next week.

The Pfizer and Moderna vaccines will be shipped across the country, though distribution will be up to the states themselves. In Pennsylvania, health care workers and those living in nursing homes will be among the first to be vaccinated, which is in line with the CDC recommendations.

Health officials anticipate that the vaccine will be more widely accessible for members of the general public by spring or summer of 2021.

"Getting vaccinated is one of many steps you can take to protect yourself and others from COVID-19," the CDC said. "Protection from COVID-19 is critically important … other steps like masks and social distancing help reduce your chance of being exposed to the virus or spreading it to others."