'Turn the Key' is funded in part through the $400 million Neighborhood Preservation Initiative, a bond-backed program aimed at increasing the city's affordable housing inventory 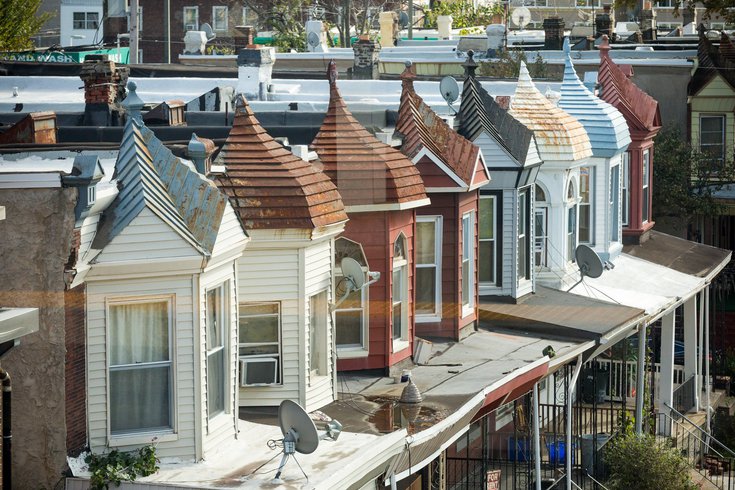 Philadelphia will build 1,000 new affordable houses throughout the city using private developers, City Council President Darrell Clarke said on Thursday. Mortgages on the homes will be around $1,200, less than the cost of a 2-bedroom apartment in the city.

The "Turn the Key" program, which was launched by members of City Council and other city officials at 55th and Poplar streets in West Philadelphia, is funded through a portion of the $400 million Neighborhood Preservation Initiative, which was passed by City Council in 2020.

The city will build 1,000 3-bedroom, 1.5 bathroom homes using city-owned public lands. Mortgages on these homes will be prioritized for first-time home buyers, and will be about $1,200 per month. Clarke said that this mortgage payment is "considerably lower" than the average price of renting a 2-bedroom apartment in Philadelphia, which is about $1,700 per month.

"The biggest investment most people make in one's lifetime, is in their home," said Councilmember Curtis Jones. "It's an asset that should always appreciate, but in its initial phases, be affordable as well."

First-time home buyers will be presented with a soft loan of up to $75,000 to buy down the cost of the home. The loan will be secured through a second mortgage on the property, in order to keep the houses affordable for households that are at or below 80% of the Area Median Income, which is about $94,500 for a family of four.

The homes will cost between $190,000 to $230,000, less than the current median home price in the city. The term of the loan will be up to 30 years, with a portion of the loan being forgiven over time. At the end of the 30 years, the entire loan will have been forgiven.

To be eligible for the program, residents must be first-time home buyers with certifiable income. They must complete a free, city-funded homeownership counseling program before signing an Agreement of Sale.

"We are looking forward to working together to create these pathways for families to build generational wealth and receive other benefits that come from homeownership," said Anne Fadullon, the director of the city's Department of Planning and Development. "This is an exciting project that will have a great impact on our city."

The Neighborhood Preservation Initiative is meant to use its initial $400 million investment to build affordable housing, support first-time home buyers, and help residents make home repairs in order to offshoot displacement and keep people in their communities for longer periods of time.

I’m so grateful to all of my @PHLCouncil colleagues for their enthusiastic support of this program, but I need to highlight @CouncilwomanKGR for breaking down why #affordablehousing matters. Listen up: pic.twitter.com/VjDnC3lyfQ

The first phase of the "Turn the Key" program will cost $7 million to $8 million to implement, and will include the more than 40 homes planned for the vacant plot at 55th and Poplar streets in the Carroll Park section of West Philadelphia.

At time it was passed, Clarke called it the single "largest investment in city neighborhoods in Philadelphia history." He said in 2020 that the $400 million will be spent over a four-year period, and include funding for the Basic Systems Repair Program, as well as initiatives to create permanent housing for the homeless.

"If you wanna see a man or a woman walk with their head up and their shoulders back, give them the opportunity to own something that will allow them to build generational wealth that they can pass onto their families," Councilmember Cherelle Parker told WHYY.

Philadelphia's housing market has experienced some challenges in the wake of the ongoing COVID-19 pandemic. The city's housing inventory dropped nearly 41% from pre-pandemic levels to a decade low, and efforts to find affordable housing amid rising rental prices and mortgage rates have left first-time home buyers anxious and concerned about competition.

The University City Townhomes, an affordable housing complex at 39th and Market streets, is set to close in just two months after its property management company, IBID Associates, opted not to renew its contract with the Department of Housing and Urban Development after 40 years.

Though the property management company has said it was willing to work with both city lawmakers and residents on finding additional affordable housing and keeping some affordable units on-site as part of a larger development, some residents have yet to receive Section 8 vouchers from the city in order to secure further housing.

With additional HUD contracts set to expire over the course of the next several years, affordable housing development and preservation has become a hot-button issue for City Council and housing advocates throughout the city.

Adding 1,000 new affordable homes with lower-cost mortgages will enable residents to own a home for the first time in their lives, said Ernest Garrett, president of District Council 33 of the American Federation of State, County, and Municipal Employees.

In addition to the income and eligibility requirements, the "Turn the Key" program will include a preference for City of Philadelphia employees. Legislation to implement that preference is currently pending in City Council and will be up for a hearing soon.