No citywide curfew in Philly for second straight night as officials report no incidents of looting, vandalism 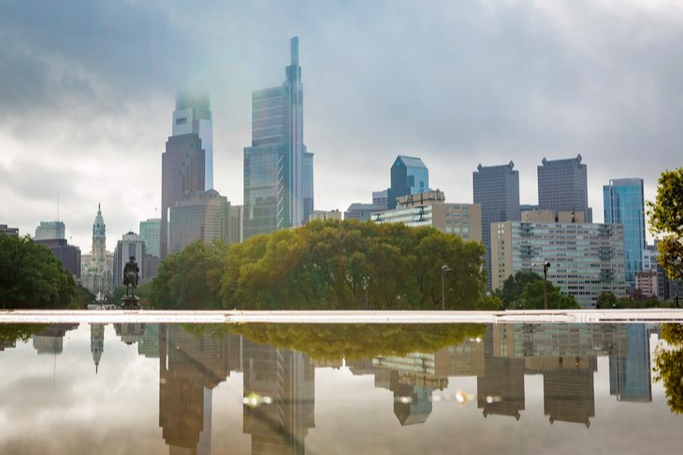 While two arrests were made on Saturday, there were no incidents involving injured cops, looting, damaged vehicles, or ATM explosions across the city, Philadelphia Police said on Sunday.

For a second straight night, Philly will not have a citywide curfew in place in wake of the fatal police shooting of Walter Wallace Jr. last Monday.

While two arrests were made on Saturday, there were no incidents involving injured cops, looting, damaged vehicles, or ATM explosions across the city, Philadelphia Police said on Sunday.

The city last implemented a curfew on Friday night, which started at 9 p.m. and concluded at 6 a.m. on Saturday morning. Its first citywide curfew came on Wednesday night, but it was not implemented again on Thursday night.

Civil unrest across the city was sparked by the fatal police shooting of the 27-year-old Wallace. Wallace, a Black man, was shot by two police officers who responded to a disturbance last Monday afternoon on the 6100 block of Locust Street in West Philly. His family said he was experiencing a mental health crisis and claimed their 911 call was for an ambulance, not police intervention.

Wallace was seen on video approaching two officers with a knife in his hand. The officers, who did not have Tasers, pointed their guns at Wallace and ordered him to drop his knife. When Wallace continued to advance and refused to drop his weapon, they fired at least 14 gunshots, causing fatal injuries.

The shooting is currently under investigation, and city officials are expected to release the police body camera footage and 911 recordings this week.

The National Guard is currently in Philadelphia to further aid with protests, following an order by Pennsylvania Gov. Tom Wolf.

Peaceful protests, however, have continued across the city in the wake of Wallace’s death. On Saturday, demonstrators took to the streets calling for justice while decrying systemic racism and police brutality.

Chris Bowman, "I Will Breathe" co-founder, opened up the protest for #WalterWallaceJr in West Philadelphia today. Bowman told the crowd he arrived late because he had been assisting a mother in the community seeking mental health support for her son. pic.twitter.com/x5MMChWI0J


Hundreds of protesters marched east on Spruce Street chanting “Black Lives Matter” and “No justice no peace.” Some neighbors came out of their homes, holding up phones as the protesters passed. An older man standing in his doorway raised his fist in the air and smiled. pic.twitter.com/fJyC0tNsoD


protest has come to a stop at 56th and Pine chanting Walter Wallace Jr.’s name. crowd is easily 500 or more (hard to tell around corners, here’s a video) #westphilly pic.twitter.com/ga5Cwhc7l3