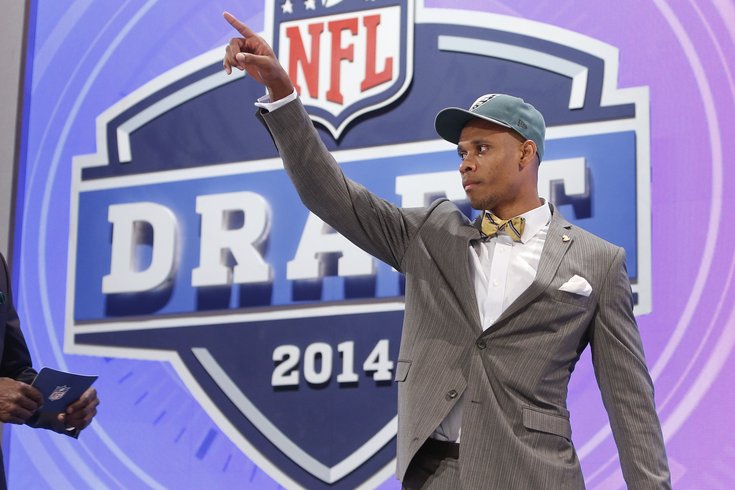 If the season ended today, the Eagles would pick 6th. Or 7th. Or 8th. Or 9th. It just depends on how you look at it.

With the Eagles sitting at 4-7, and a very good chance of being 4-8 after this Sunday's matchup against the Patriots in Foxboro, it's time to start looking around at the rest of the bad teams in the NFL who will serve as competition with the Eagles for draft position.

Obviously, figuring out who has a worse record is the easy part. However, because the Eagles are one of seven teams with a 4-7 record, tiebreakers are likely to come into play when it's all said and done. In the draft, if two teams have the same record, the team that faced the easier strength of schedule picks first. If two teams have the same record and the same strength of schedule, it goes to a coin toss, which happens more than you'd think.

There are two different ways to calculate strength of schedule before the regular season has come to a close:

Unfortunately, the wrong way has the Eagles in a three-way coin toss tie for the 6th to 8th overall spots. The more accurate way has them drafting 9th overall, noted below:

If you prefer the wrong way better, here's how that looks:

We'll update this every week.

In case you haven't been following our college players to watch series that we publish every Saturday, you can catch up on them here.