Watch and answer trivia questions about 'Clueless,' 'Mean Girls,' and 'Booksmart' in September for a chance to win prizes 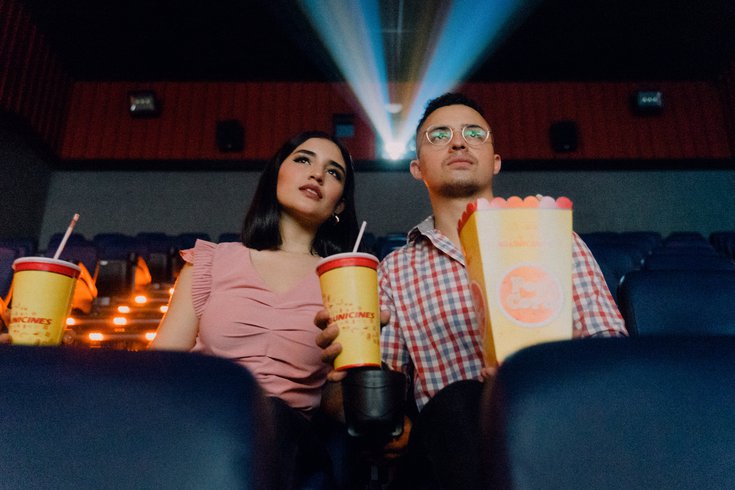 The Philadelphia Film Center is hosting a three-part quizzo tournament featuring questions about the classic high school movies 'Clueless,' 'Mean Girls,' and 'Booksmart.' The screenings of the films and trivia games take place three consecutive Thursdays in September. Tickets are $13 per movie, or $27 for all three.

Just in time for back-to-school season, the Philadelphia Film Center is celebrating modern high school classics with screenings of three fan-favorite movies from the last three decades as part of its Throwback Quizzo series.

The Get In Loser, We're Going Back to High School! Quizzo Tournament consists of a movie a week, for three consecutive Thursdays in September. Each is a female-led film about the highs and lows of high school – "Clueless," "Mean Girls" and "Booksmart" –and the screenings are paired with a quizzo game of movie trivia.

All three movies have been lauded by critics for how they capture the essence of high school culture of the decade when they were released, like time capsules that people of all ages can revisit for years and generations to come.

Each film begins at 7 p.m., and visitors will be presented with the trivia game as they enter the theater. When the movie is over, organizers will tally up the scores and announce the winners and runner-ups as the credits roll.

There will be a winner for each individual film's quizzo, and at the end At the end of the month, the Philadelphia Film Society will announce the tournament champions, who will receive a grand prize that includes a night out at Mission Taqueria in Center City.

Each of the selected films represents the "it girls" of its era, for example, Alicia Silverstone's iconic role as Cher Horowitz in 1995's "Clueless," which offers a more contemporary twist on Jane Austen's 1815 novel "Emma."

In 2004's "Mean Girls," written by Upper Darby native Tina Fey, Lindsay Lohan stars as Cady Heron, a student who returns to the United States after spending most of her childhood in Africa, and fumbles in her attempts to relate to popular girls at her high school. It also starts Rachel McAdams as "mean girl" Regina George, a role that the actress has become synonymous with since the film's debut.

"Booksmart" is Olivia Wilde's 2019 directorial debut and presents a slightly more cynical view of high school, from the perspective of two self-proclaimed nerds, played by Beanie Feldstein and Kaitlyn Dever, as they attempt to make up for lost time before they graduate with one night of adventure and debauchery.

"Get In Loser, We're Going Back to High School"