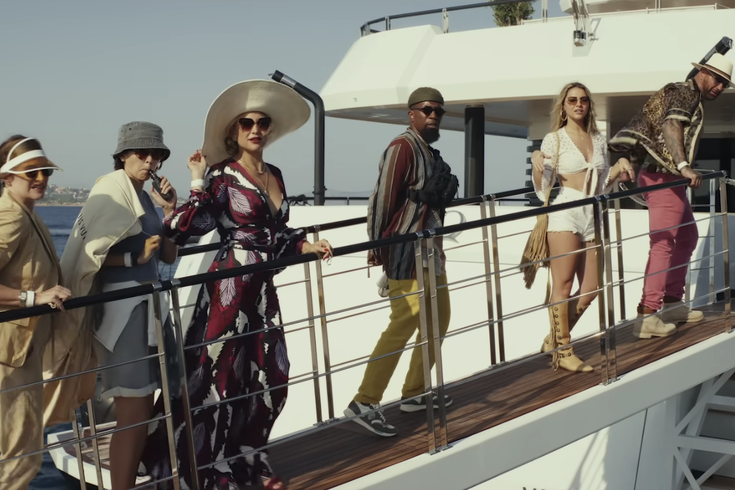 This weekend, the Philadelphia Film Festival will hold 64 screenings across 31 languages and three locations.

That's a lot of movies, in not a lot of time. To narrow your search, consider these five films from beloved franchises and respected directors — and one starring a Philadelphia activist — showing this Friday through Sunday. Tickets start at $17 for adults and $15 for seniors and children.

Cash-only rush tickets will be offered at the door of some sold-out showings. They will be released on a first-come, first-serve basis, with lines forming 30 minutes prior to showtime. For all other tickets, visit the Philadelphia Film Society website.

Glass Onion: A Knives Out Mystery

Benoit Blanc, the Southern detective at the center of "Knives Out," returns for a new case in "Glass Onion: A Knives Out Mystery." This time he's questioning a whole new cast of characters, including a rich tech bro (Edward Norton), his ex-partner (Janelle Monae), a model/fashion designer (Kate Hudson), a scientist (Leslie Odom Jr.), an aspiring senator (Kathryn Hahn) and a YouTube celebrity (Dave Bautista). When one of them winds up dead on a Greek island, Blanc must find the culprit. Like its predecessor, "Glass Onion" is written and directed by Rian Johnson.

A Woman on the Outside

Philadelphia-native and activist Kristal Bush stars in this documentary about the toll mass incarceration takes on Black families. "A Woman on the Outside" follows Bush's work helping families visit loved ones behind bars through her transportation service, as well as her uneasy reunion with her own recently incarcerated brother and father. Directed by Zara Katz and Lisa Riordan Seville, the movie has already picked up awards at the Mammoth Lakes Festival and American Black Film Festival.

Acclaimed Korean director Park Chan-wook — the filmmaker behind "Oldboy" and "The Handmaiden" — helms this thriller about a detective who falls for his suspect. When Hae-joon (Park Hae-il) is called to investigate a mountain climber's suspicious death, he sets his sights on the seemingly unaffected widow Seo-rae (Tang Wei). A mutual obsession unfolds, where neither party fully trusts the other.

It's the end of the world as we know it in "Marriage Story" director Noah Baumbach's latest. When a trainwreck spills toxic waste over a college town, a local professor (Adam Driver) and his blended family (including his wife, played by Greta Gerwig) fear the apocalypse has arrived. Billed as a black comedy, the movie is an adaptation of the 1985 Don DeLillo novel.

From cult favorite studio A24, "Causeway" deals with an Army veteran's difficult return to society. Fresh off a traumatic tour in Afghanistan, Lynsey (Jennifer Lawrence) struggles to adjust to life in her hometown of New Orleans. A friendship with a mechanic (Brian Tyree Henry) dealing with his own damage helps her cope. Scripted by "My Year of Rest and Relaxation" novelist Ottessa Moshfegh, "Causeway" marks the directorial debut of theater veteran Lila Neugebauer.