Philadelphia has the worst sports teams in North America 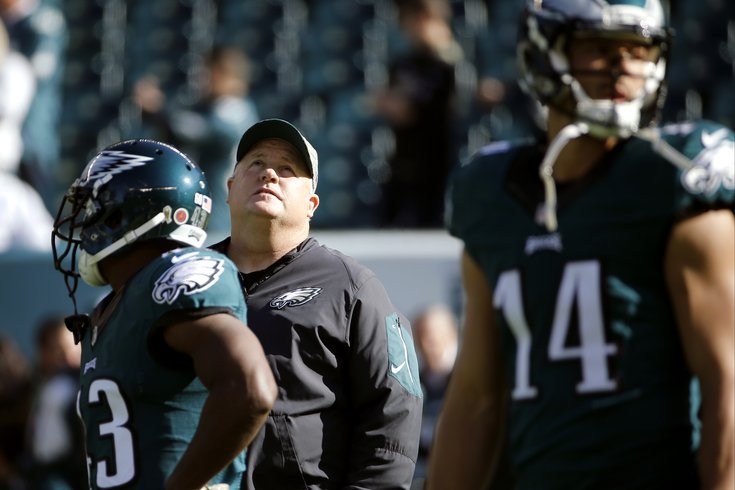 Cheer up, Chip. You lead the franchise in Philly with the best winning percentage.

The Philadelphia Phillies are an abomination that won't be good for a long time, the Sixers are in year three of tank mode, the Flyers are a disappointment, and the Eagles just lost... at home... to one of the worst teams in the NFL. None of the four Philly teams have a winning record, and two of them are arguably the worst teams in their respective sports.

Of the cities with at least three franchises in the four major sports, Philadelphia has the worst teams in North America.

We took the winning percentages of the current or most recent seasons for each cities' sports franchises, and averaged them out. Here were our findings among the cities with at least three franchises. Philadelphia is the worst, and it's not even close. 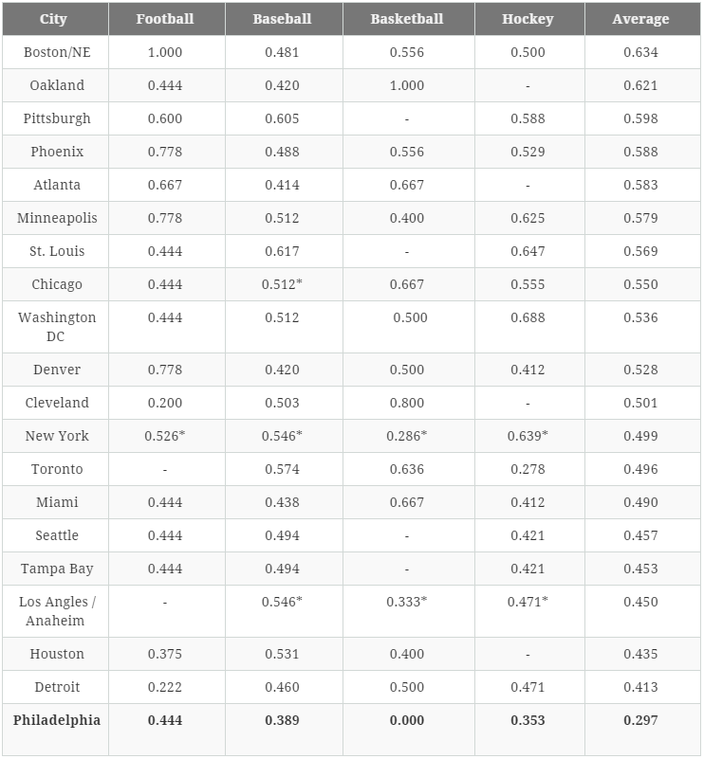 If you add in the lesser cities, it becomes far more likely that some random city with just one or two franchises will be lower than the average of four teams. And yet, Philadelphia still is nearly last.

*Asterisk denotes cities with multiple teams in one sport, which we averaged together.