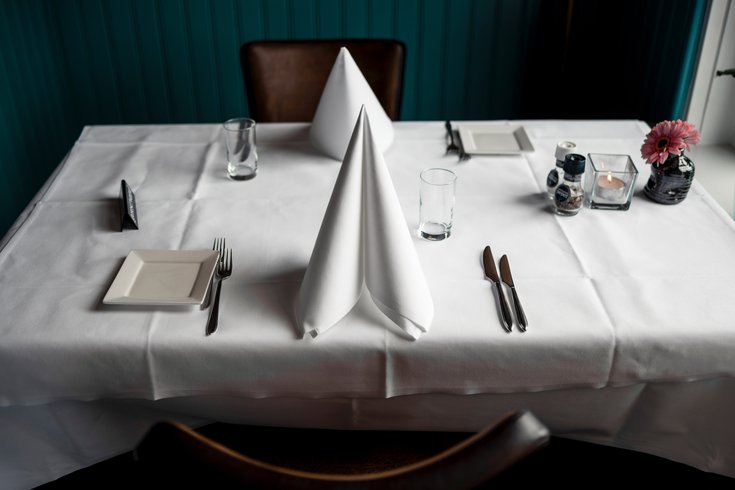 Indoor dining is prohibited in Philadelphia until at least September. Health officials say COVID-19 transmission must drop significantly before service can resume.

Philadelphia officials will take the next three weeks to determine whether they will allow indoor dining to resume in September.

They plan to make that decision by Aug. 21, Health Commissioner Dr. Thomas Farley said Thursday. That deadline should give restaurants and bars enough time to adjust their plans based on the city's decision.

City officials previously had delayed the resumption of indoor dining until at least Aug. 1, but they waited until Tuesday to announce that they would push it back at least to Sept. 1. Farley acknowledged that restaurants managers were not given much notice.

"That was probably not enough time, so we apologize that we didn’t give restaurant managers enough time for that," Farley said. But he warned that there’s no guarantee that indoor dining will resume in September.

To do so, the rate of COVID-19 transmission must substantially decline, Farley said. Plus, officials also want to see evidence that indoor dining is being held elsewhere without causing major outbreaks.

Outdoor dining, as well as takeout and delivery service, is permitted.

The city reported an additional 136 coronavirus cases Thursday, bringing the city's total to 30,213 confirmed cases since the onset of the pandemic. The death toll is at 1,691.

Ninety percent of the new cases are among people under age 40, Farley said.

Farley also said that the COVID-19 outbreak among the Miami Marlins, who were in town to play the Phillies last weekend, is not placing city residents at greater risk. The team remains quarantined at a Philadelphia hotel.

"We’ve been consulting with both teams about this, and we feel like the cluster is contained," Farley said.

Both teams have been off since Sunday and are not expected to play until at least Monday.