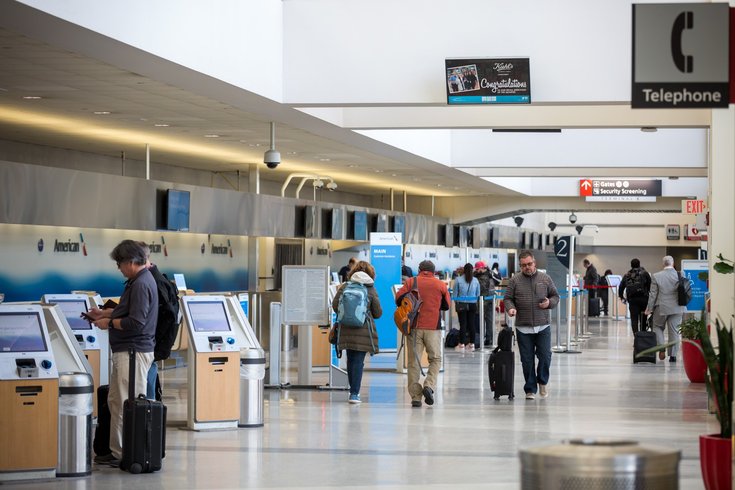 More than 33 million passengers traveled through Philadelphia International Airport in 2019, the highest total in the airport's history.

The number of people traveling through Philadelphia International Airport ascended to an all-time high in 2019, surpassing 33 million passengers as services continued to expand.

Last year's total traffic grew by 4.2%, an increase spurred by growth in both domestic and international passenger segments.

Internationally, service was added to Berlin, Germany; Edinburgh, Scotland and Dubrovnik, Croatia. There were 4.08 million international passengers, good for a 1.9% increase over 2018.

“Philadelphia is competing in an increasingly global economy, which is why a highly connected airport is critical to our continued growth and economic development efforts,” Philadelphia Commerce Director Harold Epps said. “PHL’s connectivity enables us to maintain direct outreach to our international business partners in order to attract new investment and talent for our city.”

Northeast Philadelphia Airport also saw a 29% increase in plane movements year over year, rising to 75,856 in 2019.

“PHL is going through a tremendous evolution, with a focused vision on connecting Philadelphia to the world,” Airport Advisory Board Chair Hal Yoh said. “Our inclusion of stakeholders throughout the greater Philadelphia region is a testament to our commitment to further success and growth.”

In 2018, 31.69 passengers traveled through PHL. The 7.1% annual increase from the previous year marked the airport's biggest jump in a decade.