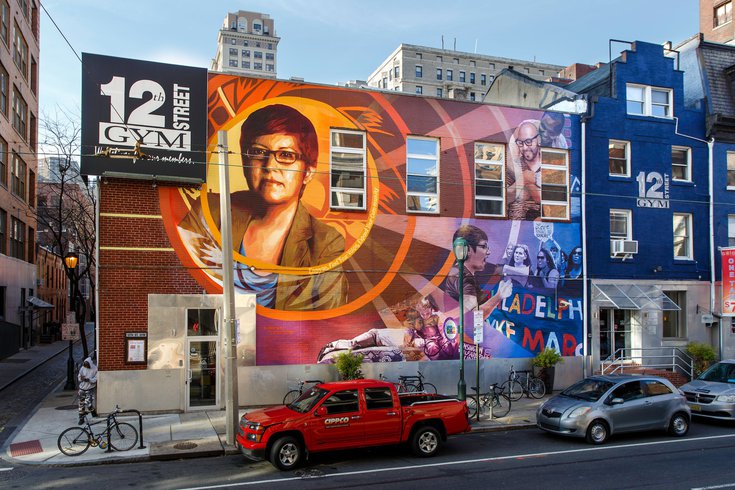 A new bill aims to preserve murals in Philadelphia through creating a mural database and tracking system.

The bill would create a database cataloguing all the murals in the city, according to a press release from Gilmore Richardson office. It would also establish a notice and comment period on any construction that could affect a mural in the database.

Philadelphia has an estimated 3,600 murals created by Mural Arts, according to Visit Philadelphia. Mural Arts was established in 1984 to eradicate graffiti in the city.

"Philadelphia is known for our beautiful murals that represent the diverse experiences of our residents, and famous Philadelphians who have given so much to our City," Gilmore Richardson said. "It is our duty to help protect and preserve these important arts and culture monuments. We have lost too many beautiful murals in our City, and this bill will allow local communities a chance to have a voice in the process whenever a mural is at risk."

Last October, public outrage sparked after a proposed construction project was set to destroy the mural of Philadelphia's first director of LGBT affairs Gloria Casarez, which is painted on the wall of the former 12th Street Gym building. The property's new owners, Midwood Investment and Development LLC, have plans redevelop the site that would not preserve that mural as it currently exists.

In recent weeks, Midwood officials have said they will honor Casarez in some way at the new building, though specifics remain unclear.

"Midwood understands the significance of Gloria Casarez, her importance to the LGBTQ community and is dedicated to ensuring her legacy in the community," a company spokesperson told PhillyVoice in October, "Midwood is committed to fully funding this effort and is in discussions with the artist of the mural, Michelle Angela Ortiz of Mural Arts Philadelphia, and William Way LGBT Community Center to create a meaningful and prominent way to honor Gloria Casarez on the 12th Street frontage of the new building."

PhillyVoice reached out to Gilmore Richardson for comment and have not yet heard back.

Gilmore Richardson also introduced a separate resolution on Thursday that would establish Nov. 8-14 as National Apprenticeship Week, highlighting the importance of on the job training in mural arts.

"Apprenticeship programs help thousands of workers get on the job training and find stable employment in family supporting and sustaining careers," the councilmember said. "With higher wages and a high return on investment, apprenticeship programs are beneficial to workers and business owners. As we work to recover from COVID-19, we will need to identify more opportunities for workers to reskill and upskill, and apprenticeship programs will be an important part of that solution."