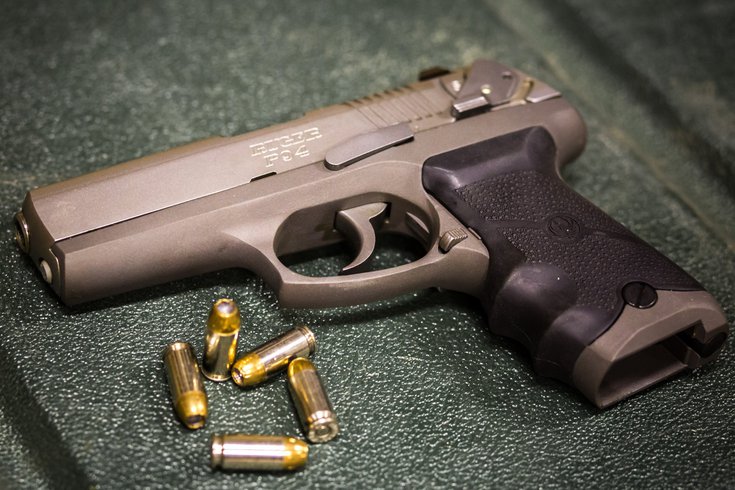 A 21-year-old West Philadelphia resident was arrested and charged for trafficking dozens of firearms to eight Pennsylvania counties in less than three months, the Montgomery County District Attorney's office announced Monday. The gun above is a file photo.

Police became suspicious after they noticed Lucas had purchased dozens of guns in less than three months, immediately after he turned 21, District Attorney Kevin Steele said in a release.

Between July 7 and Sept. 28, police discovered that Lucas had purchased guns in Berks, Delaware, Bucks, Montgomery, Philadelphia, Lancaster, Chester and Schuylkill Counties, officials said. He purchased between one and 13 guns in each county, sometimes buying multiple firearms from the same business on the same day.

Police suspected the defendant of making straw purchases – an illegal act that occurs when an individual buys a gun on behalf of another – which was supported by the fact that Lucas had no prior criminal record.

Lucas was arraigned Monday and charged with multiple felonies, including unlawful transfer of a firearm, corrupt organizations, materially false statements. A judge set his bail at $1 million cash, which the defendant could not make, according to officials.

The defendant is now being held at Montgomery County Correctional Facility. A hearing is scheduled for Nov. 23.

At least one of the guns purchased by Lucas has since been recovered, Steele said, but he still warned of the potential dangers of straw purchases.

"In 77 days, this defendant was buying and selling as many firearms as he could and traveling great distances from his Philadelphia residence to multiple gun dealers in multiple counties to do it — and then reselling the guns to people who cannot legally buy firearms for themselves. There are laws about who can and can’t buy guns and those laws are in place to protect us all. Purchasing guns and illegally selling them makes us all less safe," Steele said.