Officials hope to be a bridge during tense times. 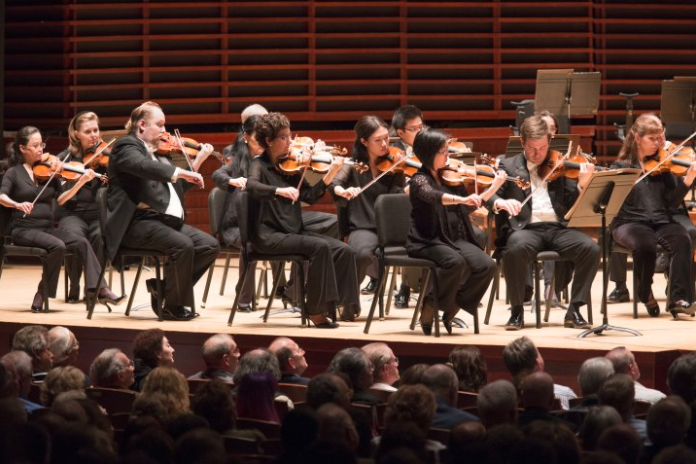 As the Philadelphia Orchestra completes its 2019 Tour of China, orchestra officials have signed a three-year deal with ShanghaiTech University and the Shanghai Philharmonic Orchestra "that will enable meaningful people-to-people exchange through collaborative residency work," the renowned musical institution recently announced.

Orchestra musicians will go annually to ShanghaiTech University to work with musicians of the Shanghai Philharmonic Orchestra for side-by-side rehearsals and concerts. Coaching and master classes will also be available to ShanghaiTech faculty, staff, and students.

“Music Director Yannick Nézet-Séguin and the musicians of The Philadelphia Orchestra are devoted to sharing the power of music as widely as possible and to nurturing the next generation of musicians,” said Philadelphia Orchestra President and CEO Matías Tarnopolsky. “We are delighted to partner with two important institutions that share these goals as we continue a meaningful model of exchange through music. Over the next three years, we look forward to exploring new ways to deepen our connections to China through this powerful collaboration.”

"At ShanghaiTech, we believe it’s not just enough to nurture students’ academic potential in scientific research, we also have to nurture their creativity and cultural understanding,” said ShanghaiTech Vice President and Provost Professor Yin Jie. “This partnership with The Philadelphia Orchestra and the Shanghai Philharmonic Orchestra is a unique chance for students and faculty to gain access to world-class musical performances on campus and to engage in musical activities. We hope the integration of music and science and technology will inspire our community and create opportunities for innovation and creativity.”

Noting the current tense relationship between the United States and China as the trade war intensifies, orchestra officials are hoping the Philadelphia Orchestra will serve as a cultural bridge not just through its tour scheduled to end tomorrow, May 28, but through the partnership , as well.

This is the 12th time the orchestra has toured China. In 1973 it became the first American Orchestra to perform there. This years tour took the orchestra to Beijing, Tianjin, Hangzhou, Nanjing, and Shanghai, with Shanghai-born pianist Haochen Zhang as soloist.