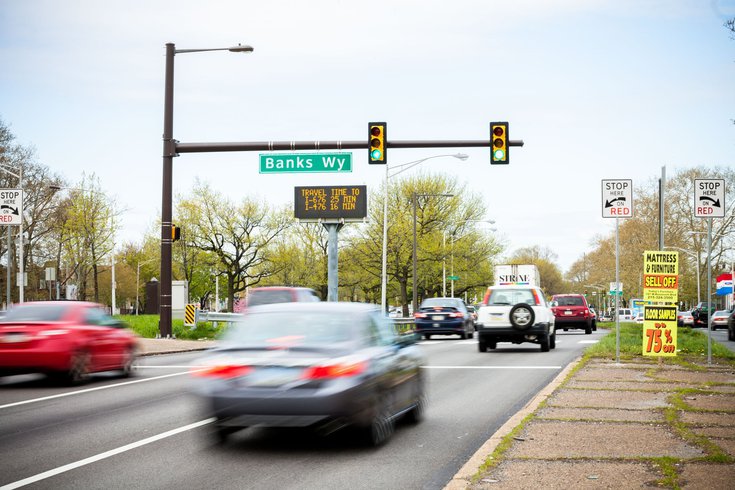 There are now 32 speed cameras in operation at eight different locations along a 11 3/4-mile stretch on Roosevelt Boulevard. Drivers who exceed the speed limit by at least 11 mph will soon begin receiving fines.

Drivers caught speeding by the new cameras on Roosevelt Boulevard will no longer receive a warning.

Beginning Saturday, a fine will be issued to the owner of any car electronically-clocked traveling at least 11 miles per hour over the speed limit. The Philadelphia Parking Authority will mail a ticket to the vehicles' registered address.

No points will be added to the individual’s driving record. Fines will increase incrementally based on the vehicle's speed.

The purpose of the speed cameras is to improve safety and save lives, the PPA said. The speed limit along most of Roosevelt Boulevard is 45 mph, but drivers are notorious for exceeding it.

"The decision to place speed cameras on Roosevelt Boulevard is the result of a number of high speed-related accidents over the years, many involving serious injury and the tragic loss of life," PPA Executive Director Scott Petri said. "We believe red light cameras save lives — and we believe automated speed enforcement cameras along Roosevelt Boulevard will save more lives."

The PPA activated the cameras on June 1, beginning a 60-day warning period that ends Friday.

There are now 32 speed cameras in operation at eight locations along a 11 3/4-mile stretch. Signs posted on the roadway indicate the intersections where they are in use.

The cameras are located where Roosevelt Boulevard intersects with the following streets:

There are 140 communities in 14 states that use automated speed cameras, according to the PPA.

Mayor Jim Kenney signed an ordinance to allow the use of speed cameras in June 2019. The cameras are part of Kenney's Vision Zero Plan, which seeks to reduce traffic-related deaths.

According to the Pennsylvania Department of Transportation, 139 people were killed or seriously injured in crashes on Roosevelt Boulevard between 2013 and 2017. There were a total of 2,695 crashes during that five-year period.

A 2019 report found that a portion of Roosevelt Boulevard through Northeast Philly's Rhawnhurst neighborhood was the deadliest stretch of road in Pennsylvania. It's a dubious distinction the boulevard has earned several times in the past.

The PPA began installing cameras in January, but the plans were delayed by the COVID-19 pandemic and Gov. Tom Wolf's executive order halting construction. The governor lifted the limitations on May 1.

Roosevelt Boulevard already has nine intersections monitored by red-light cameras. The number of motorists running red lights at those intersections had fallen by 58% since they were installed in 2005, according to the PPA.