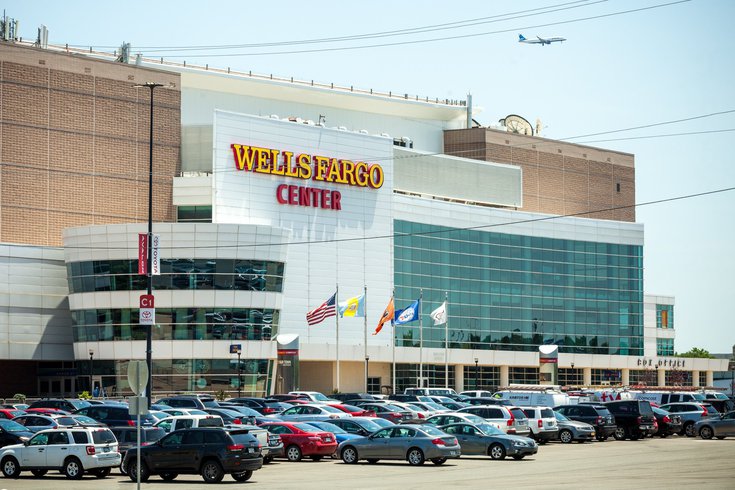 The City Commissioners say they have identified 'more convenient' polling places for Philadelphia voters than the Wells Fargo Center or Lincoln Financial Field.

It's unlikely any Philadelphia voters will be casting in-person ballots at the sports complex this November despite Lincoln Financial Field and the Wells Fargo Center being offered as potential polling places.

The city commissioners, the board tasked with overseeing elections, does not see a need to utilize the stadiums for typical in-person voting.

"The Eagles and Sixers have reached out, though we have already identified more convenient locations for the voters of those divisions around the Linc and Wells Fargo Center," Deputy City Commissioner Nick Custodio told PhillyVoice. "But it is great to know that they are available in case they are needed."

City Commissioner Al Schmidt told PhillyVoice that the purpose of using Lincoln Financial Field or the Wells Fargo Center as an in-person polling place for voters was never the intention.

More Than A Vote, the voting rights group started by LeBron James, reached out to the city commissioners earlier this summer about having the Sixers authorize the Wells Fargo Center as a polling location for the general election, Schmidt said.

It then led to a process involving the city commissioners and state election officials engaging the team about using the Wells Fargo Center as a place where voters can drop off mail-in ballots or participate in an in-person version of vote-by-mail. This option, Schmidt said, remains a possibility for both venues.

However, given the lack of early voting in Pennsylvania and the nature of how residents vote in-person in Philly, having the Wells Fargo Center or Lincoln Financial Field serve as a typical polling place would make no sense and only be an inconvenience to voters, Schmidt said.

Most Philly residents can vote at neighborhood polling places within walking distance of their homes, but the stadium complex is not a short walk for any South Philly resident.

Plus, the city traditionally has more than 800 polling locations, utilizing churches, businesses, schools and even garages. That prevents the long lines seen at polling places in other cities.

The city cut down on the number of polling places during June's primary election due to the COVID-19 crisis. But the city commissioners said no consolidation will occur this November.

Still, the coronavirus pandemic has prompted concerns that many voters nationwide will opt to stay home instead of voting at cramped polling places with long lines.

As a result, many states, including Pennsylvania, have sought to make mail-in voting easier. And professional sports franchises have offered their stadiums as polling places.

Comcast Spectacor, the owner of the the Flyers, and Harris Blitzer Sports and Entertainment, which owns the Sixers, announced Tuesday that they would make the Wells Fargo Center available. Over the weekend, Eagles owner Jeffrey Lurie offered the Linc.

The local announcements came after the NBA and its players union pledged to help convert arenas into polling places for communities vulnerable to COVID-19. Several teams, including the Milwaukee Bucks, Detroit Pistons and Atlanta Hawks, have received approval to do so.

"We applaud the NBA and the 76ers for their advocacy around this issue and are pleased to be able to make our facility available consistent with the city's needs," said Valerie Camillo, president of business operations for the Flyers and the Wells Fargo Center.

If the city decided to use the South Philly stadiums as typical in-person polling places, they first would need to be deemed compliant with the American with Disabilities Act – an evaluation any new polling place must undergo, Custodio said.

"If there is a need for a polling place in the division where a facility is located or in a adjoining division and it meets ADA standards, then the staff will submit it to the Board of Elections," Custodio said. A public hearing is then held so the community can offer feedback before a vote takes place.

The Eagles made their offer during Lurie's media availability Sunday. Lurie said that the team’s offices will be closed on Nov. 3 to encourage its players and staff to participate in the election.

“We have a very important election coming up on November 3rd, and one of the things we've offered to do is to open up Lincoln Financial Field to be a polling place if needed.” - Eagles Chairman and CEO Jeffrey Lurie pic.twitter.com/idH0rDYyYR

"I don't think there's ever been a time when we all realized the importance of voting," Lurie said. "Voting has ramifications, everybody, as we know, and maybe it's taken some of us too long, myself included, to realize that, from lower down on the ballot to the highest levels.

“We're dealing with some really important issues, and I think there's a chance to really make a difference when it comes to that, and Philadelphia and Pennsylvania are obviously at the epicenter of potential outcomes in the election. I encourage everybody, and the Eagles will be 1,000% supportive of that effort.”

Pennsylvania is expected to be a critical state in the presidential election. President Donald Trump won the state by less than 1% in 2016, the first time in decades that it backed a Republican. But Joe Biden, the Democratic presidential nominee, leads state polls by several points.