A group of 52 asylum seekers are being sent to the city from the border town of Del Rio. But it's not clear exactly when – or where – they'll arrive 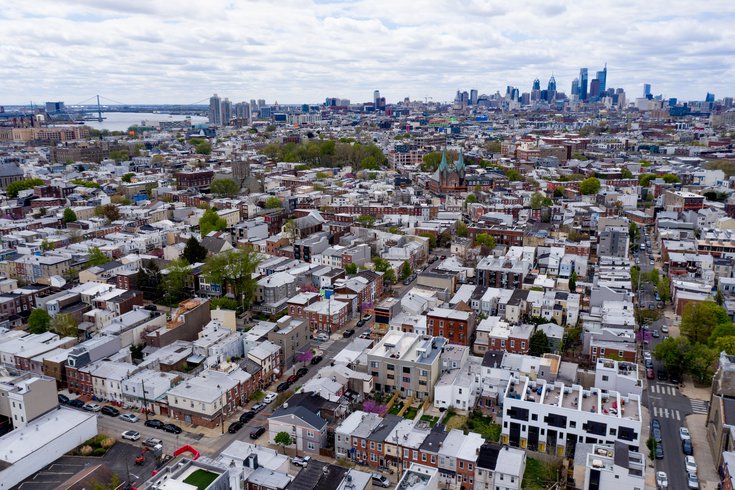 Republican governors in Arizona, Texas and Florida have been sending migrants to Democrat-led cities in protest of President Joe Biden's immigration policies. Philadelphia is expected to receive a busload of about 52 migrants from Del Rio, Texas later this week.

Philadelphia is preparing for the possible arrival of about 52 asylum seekers who are being bused from Del Rio, Texas.

City officials have been unable to confirm whether the bus has left Texas – though it is believed to have departed Saturday – and they are unsure when it may arrive in Philadelphia, Deputy Communications Laila Sadat said.

Texas officials have not communicated with Philadelphia officials. No information is known about the individuals on the bus, where they may be dropped, or whether other buses are coming.

Philadelphia officials were tipped off about the incoming busload by a partner organization.

"We will welcome them with open arms and do everything we can to make the transition smooth," Mayor Jim Kenney told 6ABC. "It doesn't matter whether they found their way up here, whether they were put on a bus — they are human beings. They want to be in America. They want to do what most of our ancestors have done (which is) just make their life in America."

The city's Office of Immigrant Affairs and the Office of Emergency Management have been preparing for the potential arrival of migrants via unplanned and uncoordinated bus routes from southern states since August. The city and 15 community organizations have developed a response plan that includes an immediate shelter and reception space, emergency health screenings, food and water.

"City agencies, OEM mass care partners, immigrant leaders and immigrant serving nonprofit organizations are standing ready to welcome, assist and provide support to these individuals and their families if and when the bus arrives," the city spokesperson said. "We are a proud welcoming city and strongly believe that all people deserve to be treated with dignity and respect. Our diversity is our strength."

In September, DeSantis flew nearly 50 migrants from San Antonio, Texas to Martha's Vineyard in Massachusetts without sending prior notification. In October, Bexar County Sheriff Javier Salazer said the migrants sent to Martha's Vineyard were victims of a crime, because they were transported to the island "on false pretenses," the Texas Tribune reported.

Migrants told investigators in Martha's Vineyard that they were convinced to board planes by a woman known only as "Perla" who offered them jobs, housing and education in Massachusetts. At least nine of the migrants are seeking U-visas, a special kind of visa reserved for people who are victims of a crime or who witnessed a crime.