Everything you need to know about the Philadelphia Thanksgiving Day Parade

The 103rd annual celebration takes place on the Benjamin Franklin Parkway from 8:30 a.m. until noon on Thursday, Nov. 24 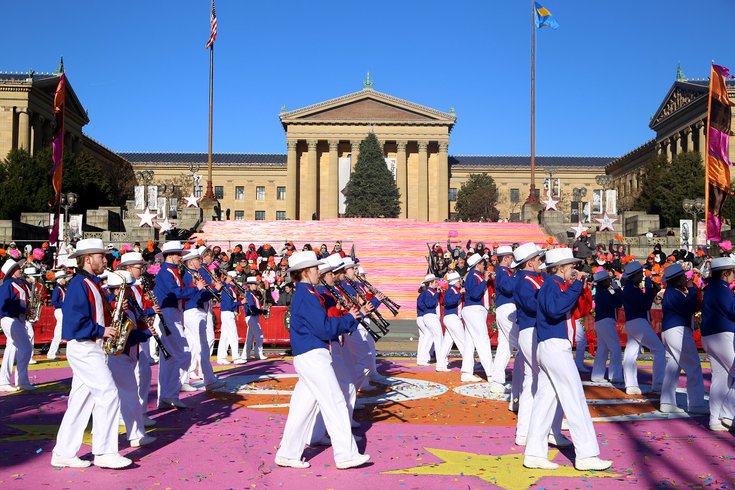 The 103rd Philadelphia Thanksgiving Day parade returns on Thursday, Nov. 24 from 8:30 to noon on the Benjamin Franklin Parkway. The parade will be broadcast on 6abc, and special guests include Quinta Brunson, Sheryl Lee Ralph, Smokey Robinson and Ryan Long.

The oldest Thanksgiving Day parade in the country is set to return to the Benjamin Franklin Parkway on Thursday, bringing with it the music, floats and special guests the holiday celebration has become famous for in its 103-year history.

Whether you're planning to brave the cold to watch the parade on the Parkway or opting for the comfort of your home, there is plenty in store this year, concluding with the arrival of Santa.

The parade returns on Thursday, Nov. 24, and will be broadcast on 6ABC from 8:30 a.m. until noon. The majority of the free event occurs on the Parkway, and ends at the Philadelphia Museum of Art. This year's hosts include Cecily Tynan, Rick Williams and other members of the Action News team.

For everything you need to know about the parade — from road closures to special guests slated to appear — check out our go-to guide below.

The weather for Thanksgiving will be slightly cooler than in recent years. The forecast for Philadelphia from the National Weather Service predicts Thursday will be mostly sunny, with a high near 46 degrees.

The Parade Zone at Eakins Oval, located in front of the art museum, is one of the best places to watch the parade. Visitors can grab some free Dunkin' coffee at its ReFuel Zone or snap a photo in the Dunkin' photo booth.

Metered parking is free on Thanksgiving, but temporary no parking zones will be effect in the area around the Parkway beginning on Wednesday, Nov. 23 at 6 p.m. You can find them listed below.

Those headed into Center City for the festivities can find a list of off-street parking garages operated by the Philadelphia Parking Authority for use on Thanksgiving.

The city will close portions of the Benjamin Franklin Parkway to traffic beginning on Monday, Nov. 21. Roads will be reopened once they are serviced and cleaned, and all road closures will be lifted by at least 3 p.m. on Thanksgiving. Check out the full list below.

Traffic delays are expected during the parade, and drivers are advised to avoid the area by finding alternative routes and allowing for extra driving time before, during, and after the parade.

Entertainers from all over the country will be in Philadelphia for Thanksgiving, including "Abbott Elementary" stars Quinta Brunson and Sheryl Lee Ralph, who are both returning for their second year. After arriving in a float, Brunson will join Tynan and Williams in the broadcast booth while Ralph performs a holiday song.

More than 90 marching bands, choirs and dance companies will appear on the Parkway this year, including an annual performance from dance students at the Philadelphia High School for Creative and Performing Arts. A full list of student participants can be found on the parade website.

Look out for some of these other notable guests at Thursday's parade:

This year's floats and balloons include the Abominable Snowman, Teenage Mutant Ninja Turtle, Peppa Pig, Strawberry Shortcake, Smurfette, Bugs Bunny, Mr. Potato Head, and Thomas the Train. There will also be a "Disney Gazebo" float, sponsored by Walt Disney World. Visit Philadelphia will have a float dedicated to iconic Philly attractions, and Dunkin' will bring back its annual parade logo float.

The parade will be broadcast live on 6ABC and its affiliate apps for Roku, Apple TV, Google TV or Amazon Fire. Those watching the parade on TV have the chance to win prizes.

Look out for "secret phrases," then enter them on this website to for your chance to win free Dunkin' coffee for a year, free Dunkin' breakfast for you and nine other people, and a grand prize trip to Walt Disney World, for four guests.