Philadelphia is 'Wilde' about Oscar 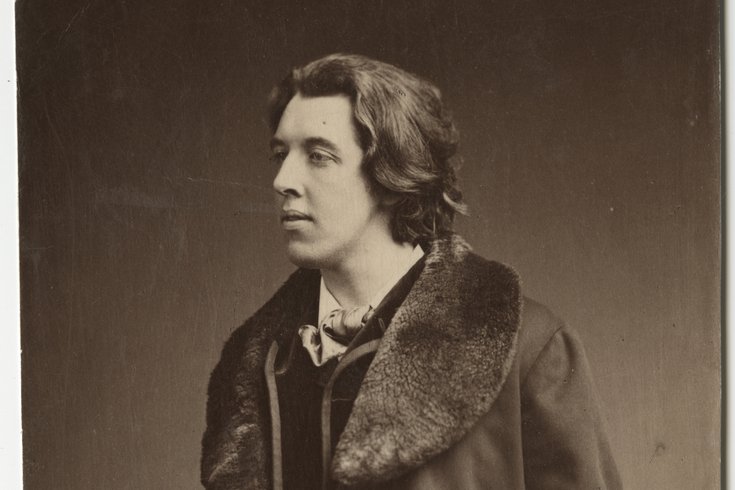 The Rosenbach Museum/Free Library of Philadelphia

Oscar Wilde is having a moment in Philadelphia.

Read More
'Tis the season to celebrate Oscar Wilde, apparently. With both a museum exhibit and an opera performance focusing on the 19th century personality coming soon to Philadelphia, it appears the Irish poet, playwright and author is having a moment.

"Everything is Going On Brilliantly: Oscar and Philadelphia" opens Jan. 23 at The Rosenbach Museum and will feature newly discovered materials that sat in the Free Library of Philadelphia's Rare Book Department for more than 35 years. Essentially, one of Wilde's notebooks (complete with doodles), an unpublished draft of his poem "The Ballad of Reading Gaol," and a long-lost typescript of his play "Salome" whiled away in the library, catalogued and open to the public, but unknown to the Wilde canon.

How'd they get here? Well, Wilde stopped in Philly twice in 1882 on a lecture tour, had a cousin who lived here, and became good friends with Camden resident Walt Whitman. He left some things in his wake and the rest, as they say, is history.

That is, until Wilde scholars and Rosenbach consulting curators Mark Samuels Lasner and Margaret D. Stetz caught wind of the upcoming local production of "Oscar," Theodore Morrison's opera about the writer. The opera describes Wilde's legendary life and the affair with Lord Alfred Douglas that caused his downfall. The scholars thought it might be fun to reveal Wilde's Philly connection in an exhibit running parallel to the opera. While researching for the exhibit, Lasner and Stetz learned of the Free Library's artifacts and soon realized their scholarly significance.

Now we know just how important Wilde's trips to Philadelphia really were. According to Lasner, if it weren't for Wilde's visits in 1882 he would not have met publisher J. M. Stoddart. "It was Stoddart who invited Wilde to lunch in London with Arthur Conan Doyle in 1889 and commissioned them to each write novels for "Lippincott's" magazine," Lester said. "Lippincott's" was a Philadelphia publisher, and that commissioned novel became Wilde's best known work, The Picture of Dorian Gray. Lester added, "In the exhibition there are copies of letters which show that "Lippincott's" was nervous about what Wilde wrote."

In addition to the newly understood artifacts, "Everything is Going On Brilliantly" will feature letters from Wilde and his contemporaries, trade cards advertising his appearances, photographs, sheet music and much more. Stetz will also work in conjunction with Opera Philadelphia, which is staging "Oscar," on two lectures with Morrison. Both Stetz and Lasner will hold talks at the Rosenbach this winter as well.

"Oscar" will play at the Academy of Music in February. Making its East Coast premier, "Oscar" stars David Daniels in the titular role, in his Opera Philadelphia debut. A slew of events will be held in celebration of the production, including a showing of The Picture of Dorian Gray  at the Bryn Mawr Film Institute and a chat with Daniels at the American Philosophical Society. View details on these events and more here.

Everything is Going On Brilliantly: Oscar Wilde and Philadelphia