Angelina Hooks, 22, allegedly led a man into a brutal beating and kidnapping outside a Radisson Hotel 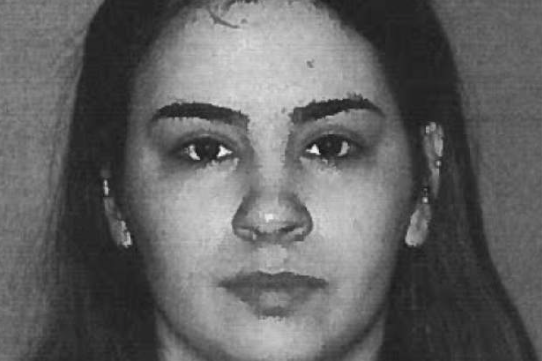 Police in Baton Rouge, Louisiana. have arrested a Philadelphia woman who they suspect lured a man into a kidnapping and attempted murder by three inmates who escaped from a work-release facility.

Investigators say 22-year-old Angelina M. Hooks was staying with the victim at a Radisson Hotel on Nov. 8 when she led him out to the parking lot. Waiting outside, the three escaped inmates allegedly assaulted the victim, robbed him and stuffed him in the trunk of his own car, according to The Advocate.

Sgt. Don Coppola, a spokesman for the Baton Rouge Police Department, said text messages between Hooks and the victim revealed that she was a participant in the plot. While it was not clear how Hooks and the unidentified victim were acquainted, Coppola confirmed that the hotel was registered in Hooks' name.

In her arrest warrant, police note that the victim said he was at a hotel computer on the ground floor when Hooks called him and asked that he meet her at his car. He claims he was immediately punched in the face and pistol whipped.

Baton Rouge police identified one of the escapees as 30-year-old Emanuel Ray Jones, who was charged in December with armed robbery, carjacking, aggravated battery, second-degree kidnapping and possessing a firearm as a felon.

During the assault, the victim claims Hooks took no action to deter his attackers. After he was thrown in the trunk, he said he heard the three suspects discuss a plan to kill him and burn the car. According to police, the plot fell apart when another vehicle rammed into the back of the victim's car.

In the aftermath of the November incident, an internal probe of the work-release facility led to the suspension of two workers who failed to mark the absence of the three escaped inmates on any paperwork. The probe found that one of the newer guards had been allowing an inmate to perform head counts.