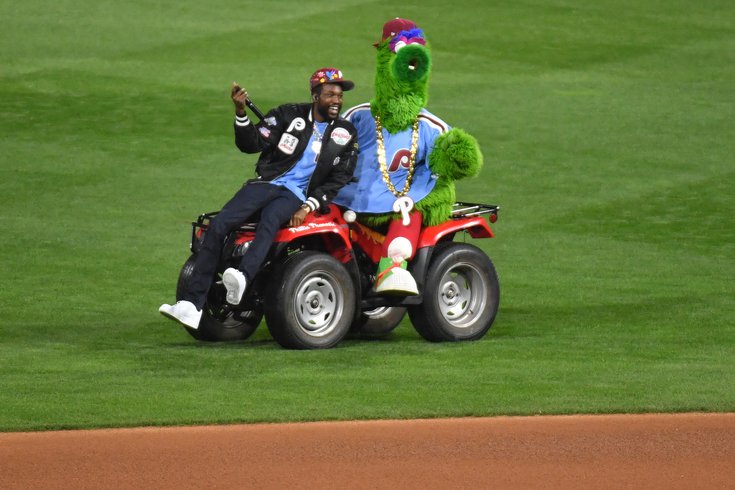 Meek Mill takes off with the Phillie Phanatic after performing 'Dreams and Nightmares' to open Game 5 of the World Series Thursday night at Citizens Bank Park.

The final home game and the biggest of the Phillies' season needed something extra. It needed the city's new good luck charm.

Prior to the first pitch for Game 5 of the World Series Thursday night, the field was all his. Meek Mill, in full Phillies gear, performed 'Dreams and Nightmares' and the crowd of nearly 46,000 at Citizens Bank Park was ready to go.

🔥🔥 @MeekMill gets @Phillies fans hyped before World Series Game 5 then rides out with the Phillie Phanatic.

About as Philly as it gets. pic.twitter.com/2H98VkasFc

Meek Mill did the same to bring in the Eagles a few weeks ago for their big win over Dallas at the Linc, and of course, the song became the Philly sports anthem when the Birds used it for their introduction to Super Bowl LII on the underdog run in 2017.

With the World Series tied, 2-2, here's hoping it drives another underdog all the way to the end.