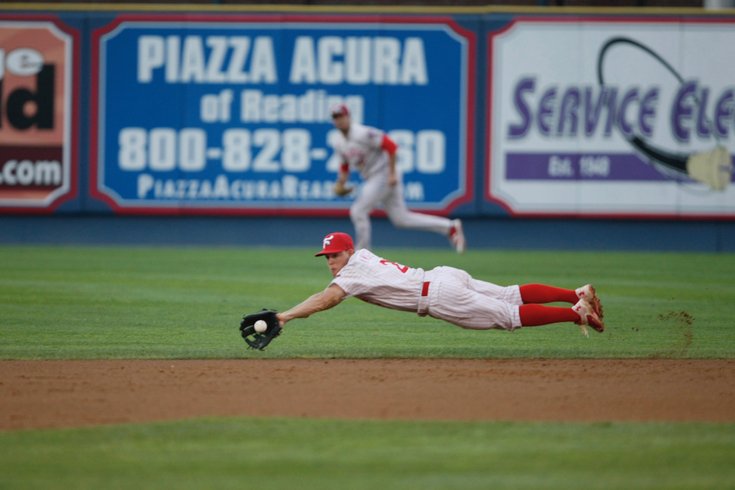 Scott Kingery has gone from undrafted high school star without a Division-I scholarship offer to one of the top second base prospects in all of baseball.

PHOENIX – When he was a boy, Scott Kingery would go to watch games at Arizona State University where Barry Bonds, Reggie Jackson, and many others played college ball before going on to have successful major league careers.

When Kingery was between the ages of eight and 10-years old, the time when many kids first fall in love with the game, the Sun Devils player he looked up to more than any other was Dustin Pedroia.

And it probably wasn’t just because Pedroia had the talent that would soon blossom into becoming a Rookie of the Year, MVP, four-time All-Star, four-time Gold Glove winner, and two-time World Series champion. Kingery could look at Pedroia and see a future blueprint for his own path to professional baseball.

A dozen years later, as Kingery moved closer to that path as a rising Phillies prospect fresh off representing the team in Arizona Fall League All-Star Game, he said he still models his game after Pedroia.

“I’ve always thought, he’s not a bigger guy, kind of plays with a chip on his shoulder, always hustling,” the 22-year-old Kingery said. “That’s how I see myself. Kind of going out there with a chip on my shoulder, something to prove every game.”

Before taking the field for the Scottsdale Scorpions, leading off and playing second base, Kingery said he maintains that mentality “every game.”

“No matter if I’m playing here, in the season, I go out there and just try to make something happen every time I’m on the field,” Kingery said.

The chip on his shoulder is the result of being an undersized high school player who wasn’t just undrafted through the 40 rounds and 1,238 picks in the 2012 draft upon graduation from Mountain Pointe High School in suburban Phoenix, but also from failing to land any scholarship offers to play Division-I baseball. Kingery is a few years older now and listed at 5-10 … the same way Carlos Ruiz is (generously) listed at 5-10.

Still, University of Arizona head coach Andy Lopez really liked the Phoenix-area kid and told him he’d have a place with the Wildcats as preferred walk-on. Kingery had the fall season to win a regular spot.

“We didn’t have any money, with 11 scholarships,” Lopez said. “We offered him a chance to come and be a part of the program. And the next step is making a name for yourself in the program. He obviously did that in a marvelous way.”

Kingery worked his way into playing time as a freshman. In the next two seasons, Kingery, while moving from center field to second base, hit .375 with a .958 OPS, while going 30-for-40 in stolen base attempts, in 108 games with the Wildcats. Even though his double play partner, Kevin Newman, would be drafted higher a month later, Kingery was named the Pac-12 Player of the Year in May of 2015.

“We were just very fortunate that we’d seen him and he didn’t have any outstanding offers,” Lopez said, recalling Kingery’s path to a roster spot as a freshman. “He was a little undersized, so I could see that. He’s in Phoenix, there are 3 million people in Phoenix. But, boy, he had tremendous bat speed, he could run, has great hands.. … He was a jewel for us to find.”

Kingery is back in his home state this month hoping it helps him make the next progression in his baseball career. His AFL numbers aren’t gaudy (he was hitting .233 with a .299 OBP in 16 games entering Friday) and he’s far from the most popular “prospect” on the Scorpions (prospect in quotations, because that player happens to be none other than former Heisman winner and Eagles backup quarterback hopeful Tim Tebow).

But the AFL isn’t about stats or notoriety. For Kingery, it’s an opportunity to get more competitive at-bats to move him one step closer to Philadelphia. 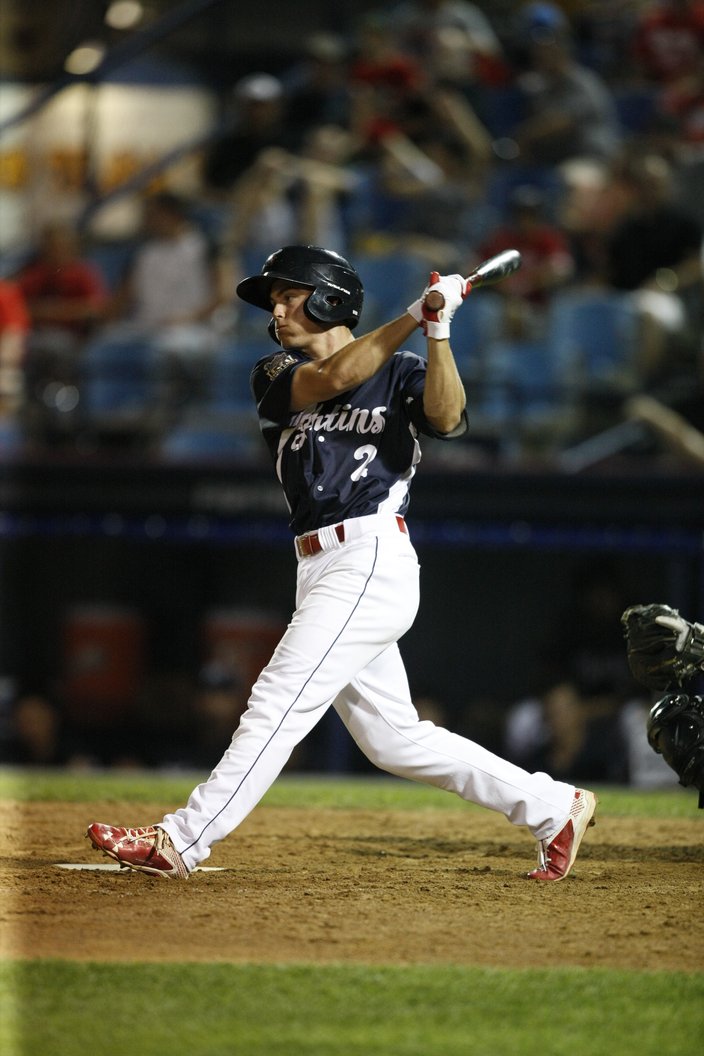 Kingery, rated the fifth best second base prospect in baseball by MLBPipeline.com, made the jump to Double-A Reading this summer, a little more than a year after the Phillies selected him with their second-round pick in the 2015 draft. He hit .281 with a .335 OBP, 36 doubles, and 30 stolen bases while also flashing a sturdy glove at second in 131 games between Reading and Class A Clearwater and in 2016.

“The biggest thing for me, the thing I wanted to work on this offseason and here in the Fall League is my approach at the plate,” said Kingery, who struck out 90 times in 531 at-bats this year. “I felt like at times I could get out of my zone and swing at pitches I shouldn’t be swinging at and getting myself out. So what I really want to work on is focusing more in on my at-bat and kind of zoning in on one pitch. I think that’ll help my on-base, obviously, my on-base and my batting average, and the opportunities I have to score and drive people in.”

Kingery is aware with his skill set – namely, speed – getting on base is vital. Coincidentally, plate discipline and on-base skills are exactly what the Phillies hope to improve on at the big league level.

“It’s huge,” Kingery said. “I’ve always prided myself in not striking out a lot. I started striking out a lot. I was getting bad at myself because it wasn’t like me. I had to figure out what I was doing wrong that I needed to fix. What it was was these pitchers in Double-A were spreading my eyes, and spreading the zone on me. At some point I needed to focus back in, keep it simple and getting one pitch.”

Andy Lopez, who watched an unwanted teenage player blossom into a formidable college hitter and big league prospect, doesn’t have any doubt that Kingery can continue to make the adjustments necessary as he climbs the rungs of the Phillies minor league system.

Lopez, who also coached at the University of Florida during his career, has had the likes of David Eckstein, Mark Ellis, Craig Grebeck, and David Ross. He’s well aware of the sixth tool that players need to succeed: having the mental drive and capability to make the most of your other five tools.

“What’s the point of having a Maserati in your garage if you don’t have the keys?” joked Lopez, who retired in 2015, three years after guiding Arizona to a national championship.

“I did this for 38 years and I’ve been fortunate, I’ve had Mark Melancon and David Ross, a bunch of others,” Lopez continued. “And those guys are special. They just show up and make you look good as a coach. They make you look like you have an actual clue. Scott Kingery is that guy.

“I’ll be honest about this, we ran a real diligent program and talked the game day in and day out. There were a lot of things we asked of our guys; some of them couldn’t handle it. But Scott could. He couldn’t only retain the information but he could apply the information. And, to me, that’s what sets a player apart.

“If 15 years ago you’d say that David Ross would be carried off the field after winning the World Series with the Chicago Cubs, someone would have said, not David Ross. And I would have said, yeah, David Ross will. Why? His mental approach and his ability to retain and apply baseball information in a game for nine innings were outstanding at Florida and in the Cubs and Atlanta Braves organization. Scott Kingery is the same guy.” 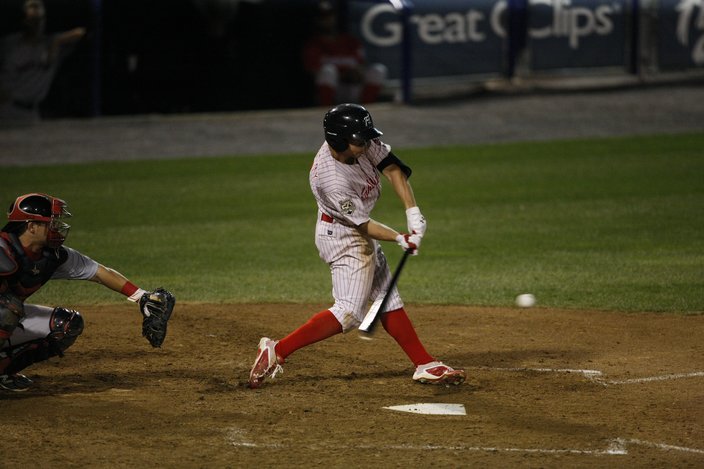 Scott Kingery is currently representing the Phillies in the Arizona Fall League, where he was named an All-Star last week. He is teammates on the Scottsdale Scorpions with Tim Tebow.

Kingery might not get an invite to big league spring training in 2017. The Phillies don’t have to put him on their 40-man roster just yet, and they have Cesar Hernandez as their second baseman in the big leagues and Jesmuel Valentin at the position at Triple-A.

But he’s not far away from Philly, either. With success in Reading, Kingery could be on the big league radar by September and certainly in 2018.

“I remember (former Phillies general manager) Ruben Amaro came in (before the draft), and I’ve known Ruben through the years,” Lopez said. “He sat on us for a weekend, I think it was against Cal. I talked to him every day for three days, and he asked me what I thought and I told him this was my impression of Scott. I said someone is going to take him and look back in five years and say, ‘Man, we are really fortunate to have this guy. We probably should have taken him in the first round.’

“And I’ve done this for 38 years, there are a lot of guys quite honestly who someone takes in the third round and five years later, you’re like, ‘God how did we take him in the third round, what were we thinking?’ Not Kingery. I said, whoever gets Kingery is going to sit back in five years and say, man, we were fortunate.”