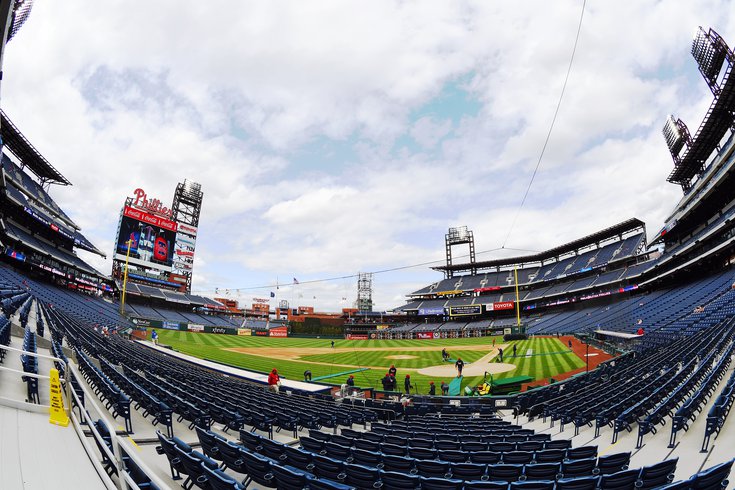 The Phillies are in the thick of the wild card race and with the MLB's trade deadline fast approaching, it's looking more and more likely that the team will make some kind of move to bring in bullpen help, an outfielder or even a starting pitcher.

How will they be able to maneuver and add big league players? They'll have to part with some minor league prospects of course.

Who might be on the menu, who is probably untouchable, and who might actually be able to contribute to the Phillies at some point in the near future?

Abel had an ugly outing on June 17, allowing six runs and two homers in six innings. In his two starts since he's righted the ship, combining for 12.1 innings and just three runs allowed and 10 strikeouts. On the year, the former top draft pick is 4-4 with a 3.75 ERA for Jersey Shore. Abel along with Andrew Painter (who was recently held back to limit his innings) are likely two of the few "untouchable" prospects the team has.

Rojas got the call to Double-A on June 30, a good sign for the 21-year-old international signee. Prior to his call up, the right-handed hitter was hitting just .230 but he did have 17 extra base hits in 70 games. He also stole 33 bases. In his three starts for the Fightin's, Rojas has hit .333 with four stolen bases.

Wilson has collected hits in nine of his last 10 games for Jersey Shore, and hit a homer on June 30. He is still struggling a bit, hitting .239 for the year after hitting .215 last year.

McGarry won the organization's pitcher of the month honors, after he struck out 48 of the 116 batters faced (41.4%) while posting a 2.86 ERA in five starts with high-A Jersey Shore. He was promoted to Double-A and will make his first start next week.

Morales started the year in Double-A, pitched briefly in the majors, then struggled in Triple-A, and was sent back to Double-A, where he is currently pitching well again. He has pitched in five games for Reading in his most recent stint allowing two runs on those appearances.

Martin has had a hot stretch recently, collecting seven hits over his last five games including two home runs and six RBI. On the year, the 23-year-old is digging out of an early slump having lifted his batting average .17 points over the last 10 games.

Perez is an 18-year-old catcher and probably won't be included in any trades this summer, but he has been absolutely lights out so far in rookie ball hitting .320 through eight games to start the year.

We've mentioned before how the Phillies have rich catching depth in the minors but have all of their backstops blocked by J.T. Realmuto. O'Hoppe could be one of the biggest names available at the trade deadline, but the team certainly hopes he can shrug off a stint of .187 hitting over the last 10 games for the 22-year-old in Reading.

Last year's third round pick has not adjusted well to pro ball so far, struggling with a .214 batting average in rookie ball this season. The sample size is small, however, spanning just 12 games.

Simmons doesn't have his footing yet in Clearwater. The 22-year-old former sixth rounder is hitting .210 this season and has 59 strikeouts in 52 games.

Here's a name known to many Phillies fans, as Muzziotti has been a spring training invite for the Phillies before. He's hopped around the minors this year and has had some injury issues, but has been mired in a slump all season — hitting .184 across three levels.