Phillies season preview: Is Jean Segura the answer at second base? 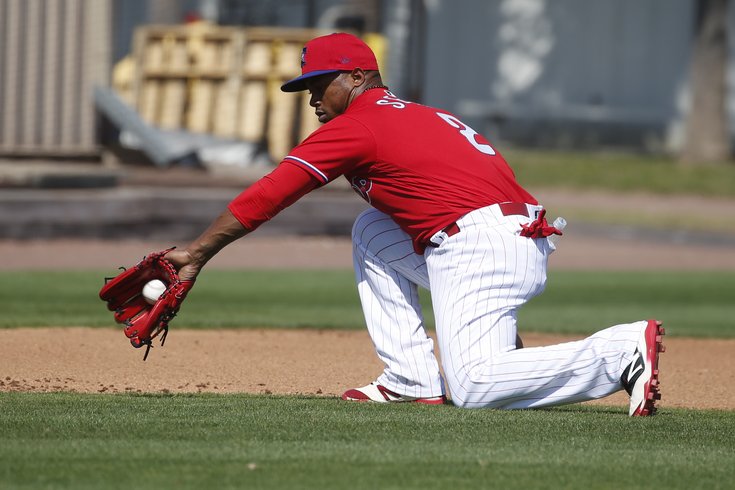 Jean Segura is in better shape than ever

Let's take a look at second base...

Just to cover all our bases (ha), we are going to go ahead and give Jean Segura the starting second base job.

The Phillies' own depth chart has him there, even though the infielder has played over 900 games at shortstop to just 142 at second base (a spot he hasn't started in since 2016). He has been, of course, displaced by the signing of Didi Gregorius, who will play short on a one-year, $14 million prove-it contract in 2020.

There has been talk about Segura perhaps playing third base, opening up second for utility man Scott Kingery — who is perhaps more comfortable there, but the "cross training" seems to just be as a precaution.

The 29-year-old is playing at third a bit in spring training games for the first time in his career. But we think Segura will be playing second, especially if Alec Bohm emerges as the third baseman of the future. And for those purposes, he'll be the main subject of our latest positional preview.

Segura has been a great hitter for average over his eight-year MLB career, but following last offseason's big trade (which sent prospect J.P. Crawford to Seattle), Segura's bat has slipped just a bit, as has his baserunning. Look at the last four seasons:

In 2016, Segura led the National League with 203 hits, in a league high 637 at bats. In 2018, the year before he came to Philly he was an All-Star. In each of the last four seasons Segura has stolen fewer bases, scored fewer runs and hit for a lower average.

Segura was terrible as a leadoff hitter last season, hitting .167 in 12 games, but was a very solid 2-hole option and also hit well batting third and fifth. He's not the most versatile player, but he is a versatile player and will give manager Joe Girardi some flexibility in the lineup and also on the field defensively.

Segura is in better shape this year and is setting expectations high for himself. Here's a brief bit from Todd Zolecki back in February:

Jean Segura lived the clean life this winter in the Dominican Republic.

"You can put 14 pounds on your shoulders and go running ... you’ll feel how heavy it is,” he said Monday at Spectrum Field. [MLB.com]

The second basemen in the NL East are all over the map. One of the best young players in all of baseball (Ozzie Albies) will look to replicate his Silver Slugger status from 2019 with the Braves, while another young up-and-comer (Isan Diaz) looks to prove himself in Miami. Veteran Starlin Castro moves from the Marlins to the Nationals, while Robinson Cano looks like he'll start his 16th season at second for the Mets.

Albies is far and away the best of the bunch, but there is potential — plus a track record from Cano and Segura — for almost every team to have All-Star caliber second base play in 2020.

In the farm system, the Phillies have a ton of shortstop talent — like last year's first round pick Bryson Stott, 19-year-old sixth-round prospect Kendall Simmons and international stud Luis Garcia (all in the team's top 10) — but none are knocking on the door of the big leagues at second base just yet.

If there is a prospect of the future for the spot, he'll likely come from another position like short. The top-ranked exclusively second base prospect, at least according to prospects1500.com, is Jose Gomez, the 35th ranked player in the system who played in Reading last year.

At the big league level, Segura isn't going anywhere anytime soon. After signing a five-year deal when he was with the Mariners, Segura is locked up until 2023, when he'll have a club option (and $1 million buyout). He is slated to earn $14.25 million in each of the next three years.