Herrera is in minor league camp in Clearwater with the Phillies 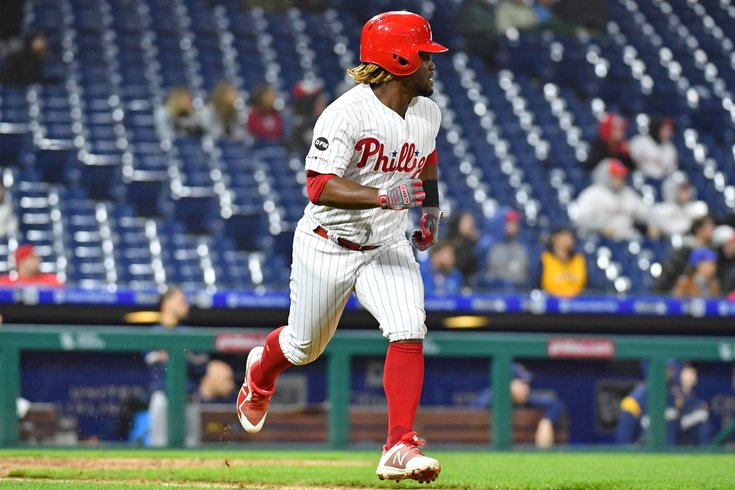 Phillies' outfielder Odubel Herrera spoke publicly for the first time on Tuesday since he was arrested last May.

Phillies outfielder Odubel Herrera might not be working out with the big league club during spring training, but the 28-year-old still with the organization, currently training with minor leaguers ahead of the 2020 season in Clearwater.

Herrera spoke publicly on Tuesday for the first time since he was arrested last May on charges of domestic violence, and he apologized to the franchise and its fans for what happened last year.

“There’s no one who regrets this more than me,” Herrera said to reporters. “I wanted to talk to you guys today because I wanted to say I’m sorry to the fans and the organization. I’m very regretful for what I did. It’s been a lesson learned for me and I want to turn the page and keep going with life.”

A former All-Star, Herrera was arrested in May in connection with an alleged domestic violence incident at the Golden Nugget Hotel & Casino in Atlantic City and was charged with simple assault. Herrera was released on a summons.

The 20-year-old woman who reported the incident to authorities had "visible signs of injury" to her arms and neck, and police said that she was assaulted by her boyfriend Herrera.

Herrera’s girlfriend chose not to pursue charges and the case was dropped.

However, Herrera was placed on administrative and ultimately suspended by Major League Baseball for the final 85 games of the 2019 season without pay.

With speculation swirling about what role, if any, Herrera would have on the team in 2020, the Phillies designated Herrera for assignment in January and sent him down to Triple A Lehigh Valley after he cleared waivers.

Herrera is owed more than $20 million over the next two years and is still a member of the Phillies organization for the time being. His financial burden, not to mention his issues on and off the field, makes the Phillies’ ability to trade Herrera extremely difficult. The current CBA (collective bargaining agreement) makes it extremely hard for the team to cut him, as he can only be let go for "baseball reasons." His salary is also fully guaranteed.

Despite no longer being a member of the 40-man roster (he made it through the waiver wire and was passed over by all 29 teams) and now finding himself in minor league camp, Herrera said he’s not giving up on the chance to make it back up to the majors, no matter how slim the chances might be.

"I’m training hard,” Herrera said. “I’m a man of faith so if the Phillies give me a second chance, I would take advantage of that and play my hardest. Really, what I want to say today is that I’m very thankful to the Phillies for what they’ve done for me, thankful to the fans because they’ve always been great to me. They’ve always shown me love and appreciation and I don’t take that for granted.”

Herrera admitted that he has yet to apologize to his teammates and that he hopes to get an opportunity to do so soon.

"It’s something that I would like to do and hopefully this interview here can help me do that,” Herrera said. “To me it’s really important to say sorry to my teammates, to my fans, to the organization. That’s key to me.”

“We’re all human beings,” Herrera continued. “We all make mistakes. I’ve spent a great amount of time with some of them. They are great people. Hopefully they will accept me back and help me go through this.”