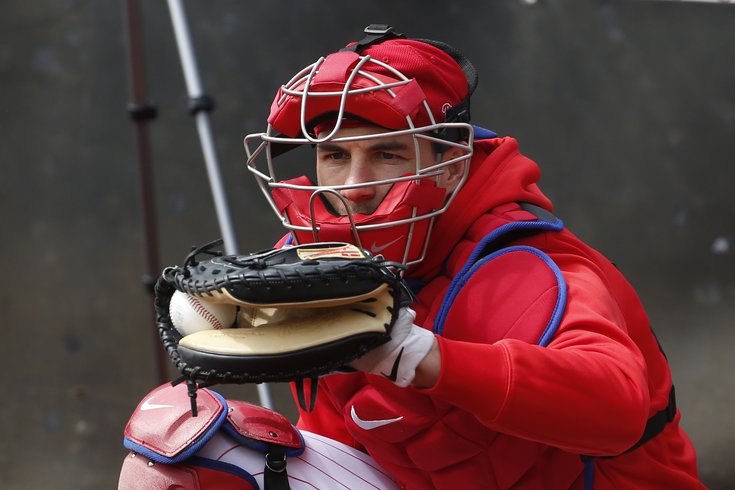 The contract terms seemed kind of ridiculous for a player of his accomplishment. It was definitely less than what he was hoping for.

However, on that day in 2007 when Ryan Howard — the defending National League MVP, one year removed from Rookie of the Year status, a cornerstone of what was the future for the Phillies — was renewed for the upcoming season for just $900K, there was good reason for concern about his long-term future with the franchise. It was a record at the time for pre-arbitration eligible players, but still well below what Howard deserved.

“Obviously, in my mind, it didn't matter,” Howard told reporters on that day. “So it is what it is. The decision is made. They gave me what they gave me. They felt it was fair. And that's what they felt. ... I know stuff like this happens. Unfortunately, we couldn't come to terms. So you just take it and kind of roll with it."

At that point, the doomsayers were out there about what would happen when Howard would become a free agent. Surely, this lowball effort would haunt Philadelphia’s chances of renewing their big slugger before free agency.

How did that work out? And Howard wasn’t the only one who has gone through this. Cole Hamels got some deals that seemed sure to punch his ticket out of town on the first chance he got. It practically took a bulldozer to the clubhouse to actually get that to happen.

We bring this up with the latest case of handwringing over a contract — this time with J.T. Realmuto’s lost arbitration case where the Phillies offer of $10 million beat out the Realmuto actual retail price of $12 million per.

"It’s just the system and how catchers are treated in the system. Obviously, I wanted to advance it a little bit and do something for future catchers, and that didn’t work out for us. In that aspect, I’m disappointed, but not disappointed in my salary.”

Of course, all of that sets off alarm bells and whistles that the Phillies — with a general manager and team president that nobody likes — will find a way to chase the “best catcher in baseball” away two years after trading the only MLB-ready starting pitcher in the system (Sixto Sanchez) and a serviceable MLB catcher (Jorge Alfaro) for him.

Let’s start with this: Realmuto and his agent, Jeff Berry, were clearly trying to make a point about how catchers are judged in arbitration. This wasn’t about the Phillies respect and all that — it was a trial balloon to set the new standard.

And given the way arbitration works — where players are matched up against similar players at the same position — it was doomed to fail. It isn’t like the Phillies offered him $4 million while Realmuto wanted $14 million. The gap was $2 million and in baseball’s Monopoly money world, that’s not enough to get overactive on.

The danger, obviously, is if Realmuto gets to November unsigned when a bevy of sharks — Red Sox, Yankees, Cubs, Dodgers, etc. — would get a free glimpse at signing him. However, it seems unlikely that the Phillies will ever let it get to that point. And there still seems to be no burning desire from Realmuto to let it get there.

There is so much riding on getting him back here for Matt Klentak and Andy MacPhail that there’s almost zero way that this doesn’t get done. If Realmuto walks away, then everything that the Phils have worked for under MacPhail and Klentak — the bad farm system, poor trade judgements, etc. — gets ripped open even further.

There is simply too much for all sides to lose.

Players get mad after these processes. That’s a simple fact. But you are only as good as your next contract. And the one the Phillies will likely give J.T. Realmuto makes this all seem like just a minor tiff.